It is truly a sad day for a democratic society when minority government takes advantage of emergency powers, says reader
May 5, 2020 5:00 PM By: Letter to the Editor 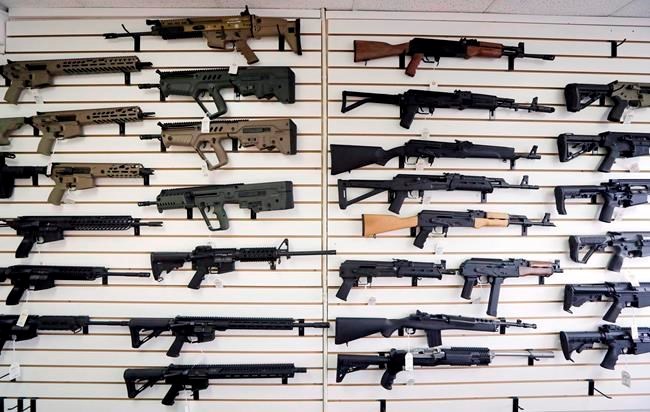 The recent announcement by Justin Trudeau in regard to the banning of certain firearms can best be described as an egregious over-reach of power whilst in the middle of a pandemic and economic crisis.

True, assault rifles have been banned in Canada for decades. If guns were cars, what Trudeau has done is to essentially ban Honda Civics and Kia Rios with fins, spoilers and sporty-sounding mufflers whilst claiming they are Formula One cars that have no place on our roads.

The real culprits behind the abhorrent mayhem with firearms are gang members in urban centres like Toronto, not legal gun owners.

Public Safety Minister Bill Blair and others have already admitted this.

Nevertheless, legal gun owners are the targets of this latest Liberal move, and while they struggle to come to terms with it, urban gangs will continue to ply their violent drug trade completely unaffected by this sleight of hand from the Trudeau Liberals.

This ban by the Liberals will only serve to anger people on both sides of the gun-control debate.  For gun owners, there is a lot of anger boiling below the surface because they’re being used as a scapegoat for the crimes of others, and in other countries no less. It is a familiar Liberal tactic and believe it or not, actually rubs people the wrong way.

As for the anti-gun side of the issue, the facts that literally everything was actually not on the list, extensive as it is, and the existence of a two-year amnesty period, will raise their ire as well.

The Trudeau Liberals have always talked a big game about how they would make policy based on sound evidence. However, with this ban they have proven more than willing to ignore that sound byte in order to take advantage of a crisis and advance their ideological agenda.

Consider that the Liberals have absolutely zero data and evidence to support their claims that the newly banned rifles are a danger to society in the hands of their current licensed and RCMP vetted owners. Indeed, if the rifles are such an existential threat to Canadian society, how can they possibly justify a two-year amnesty, and an exemption for First Nations people to continue hunting with them? Furthermore, what they are touting as evidence to support their claims, does not stand up to scrutiny.

For example, Public Safety Minister Bill Blair haughtily declared that the rifles in question are not used for hunting, but then Justice Minister David Lametti stated that, as above, First Nations people could continue hunting with them.

Never mind the fact that the only reason people don’t hunt with some of the rifles on the list is because the Liberals said they can’t, back in the 1990s. However, many people do actually hunt with a number of the other rifles on the list; at least they used to, until now.

Then there’s the inconvenient truth that the AR15 has never featured prominently in criminal activity in Canada. Thus, telling owners that they are to pay for the sins of others in other countries, is both galling, and in the absence of any data in your own country, not a particularly good way to craft policy.

People across Canada should be very concerned about what is a very serious abuse of power by the Liberals. Orders in council were intended for relatively minor regulatory tweaking. They were never meant to be used for the wholesale confiscation of private property from Canadian citizens, nor for unaccountable government by fiat; both of which are occurring with the Trudeau Liberals’ gun ban.

It is truly a sad day for a democratic society when a minority government, that has been granted emergency powers to deal with a once-in-a-century crisis, takes advantage of the situation to ignore evidence and the people’s elected representatives and proceed with purely ideological policy for the sole purpose of confiscating private property.

There will be no gains in public safety from this move. Gang members in Toronto will continue to shoot each other and innocent people, while father and daughter teams are now banned from participating in weekend shooting competitions.

If ever a government has demonstrated a most unfathomable act of empty virtue signalling, this action by the Trudeau Liberals is surely a contender.

Feds’ Universal Broadband Fund a ‘major win’ for area internet connectivity
Nov 19, 2020 8:00 PM
Comments
We welcome your feedback and encourage you to share your thoughts. We ask that you be respectful of others and their points of view, refrain from personal attacks and stay on topic. To learn about our commenting policies and how we moderate, please read our Community Guidelines.