Letter: Marc Serré and Justin Trudeau still get my vote 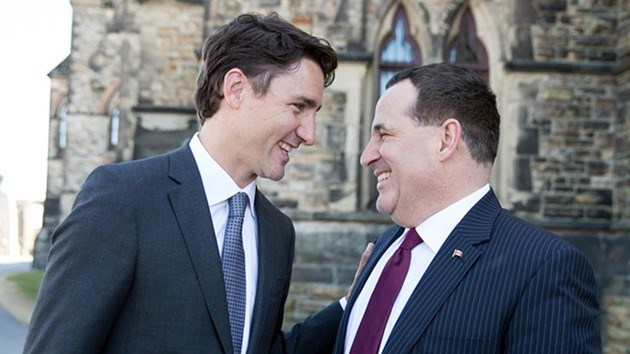 Several things have happened in the past few weeks that seem to challenge the leadership of Prime Minister Justin Trudeau and the path of the federal party.

Mistakes have been made. I'm not going to rehash all the he-said-she-said nonsense. It comes down to the fact that the PM is the first minister and is responsible for all of Canada.

The Prime Minister did make a mistake. He attempted to fulfill his promise of an inclusive cabinet having indigenous people and women. In doing so, he appointed an unqualified person as Attorney General and Minister of Justice.

Now, the mistake is widely known. The Prime Minister, as a gentleman, has not mentioned it was necessary to remove the AG and eventually accept her resignation from cabinet.

Jody Wilson-Raybould has said she wants to speak her truth. Not the truth, but the truth as she sees it. She is an honest person, but there are two sides to every story. She is not listening to the PMO.

We should end it there. Jody Wilson Raybould has decided not to be a team player and still wants the limelight.

I have criticized and will continue to do so. Now we have to decide if the little things we disagree with, means we want an Andrew Sheer.

The answer is a resounding no!