A healthier Ramsey Lake and growing forests need to be considered when building for the future
0
Jul 2, 2019 10:00 AM By: Letter to the Editor 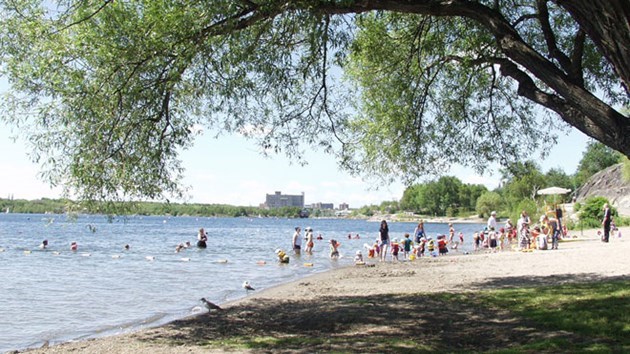 Sudbury was known for decades for its barren landscape — a place missing its forest, where barren rocks surrounded dead lakes.

Half a century ago now, that began to change. The regional regreening effort that united local government, citizens, and industry began a renewal that by the early 1990s had transformed the landscape.

It also earned the city global recognition as an example of how to build a better future through local initiatives, with the United Nations award at the 1992 Earth Summit being only one of many such accolades.

At that time, Sudbury’s local planning was strongly influenced by the lessons of our previous mistakes, and our hopes for the future. A quarter century later, our local government appears to have forgotten those lessons.

The 1994 Ramsey Lake Community Improvement Plan lays out a 100-year vision for the health and protection of Sudbury’s centrepiece lake and primary source of drinking water. Its thoughtful planning and long-term view saw it cited in the scientific literature (Wu and Lautenbach, in Gunn, ed., 1995) as an example for cities worldwide to imitate.

The plan warns that development of green spaces around Ramsey Lake would likely proceed irrevocably if not constrained by municipal planners, with permanent negative effects on the lake and the community. The plan advised local government to preserve green spaces adjacent to the lake, and work to transfer them to public ownership.

After twice denying development on the wildland parcel between Howey Drive and the north shore of Lake Ramsey, the city has surprisingly reversed its position, approving the destruction of this privately held recovering woodland in the heart of the city. Despite the concerns identified a quarter century ago, the last significant parcel of undeveloped land on the western basin of Lake Ramsey is planned to be bulldozed and replaced with new residential buildings — a permanent, irreversible change.

This land was part of the regreening project that won the city international acclaim and transformed our community for the better, and provides important ecological services for the lake. Nearby Minnow Lake is now permanently distressed as a consequence of overdevelopment around its shores; the stress we’ve already seen on Ramsey in recent years with repetitive algal blooms will only be exacerbated by the loss of this wildland that drains into the lake, not far from the David Street drinking water inlet.

Sudbury has made great progress since our ‘moonscape’ days, but have we really learned from our history? Can we pride ourselves as a city “Living with Lakes” when we neglect even the ones we swim in, paddle on, and drink from? Can we still display our Earth Summit award at Tom Davies Square, when we bulldoze the forest we planted to earn it? Can we claim that the city’s recent declaration of a ‘climate emergency’ means much when we destroy a young forest whose growth would remove a great deal of carbon dioxide from the atmosphere over the next century?

At a time when city council seeks to implement ‘legacy projects’ to enrich the community, we should consider preserving what we’ve rebuilt – a healthy Lake Ramsey and a growing forest – alongside our new library, arts centre, and performance venue.

The Ramsey Lake Community Improvement Plan tells us what we should do, the new Kivi Park has shown how popular a new wilderness park would be, and we owe it to our parents who planted those trees, and to our children who would play and grow among them.