Letter: This Gr. 7 student argues wing at a Coniston school should not have been torn down

Brady Van Druenen offers his reasons on why it should have been left standing
May 3, 2018 3:00 PM By: Letter to the Editor 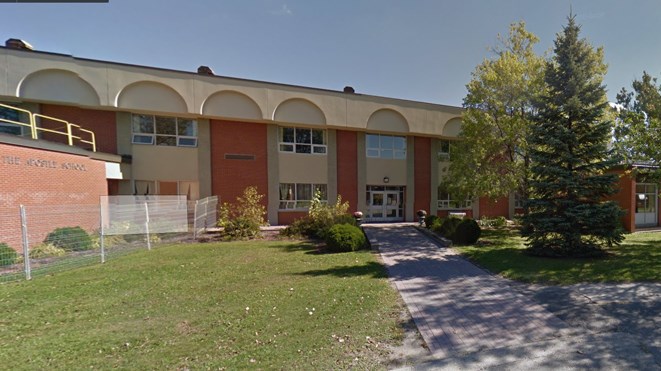 I have read your article entitled “Coniston Grandma unhappy about school’s “right sizing," which was published on June 22, 2016.

I personally agree with the grandma’s decision to not to demolish St. Paul’s kindergarten wing.

First of all, I think that the kindergarten wing shouldn’t have been demolished because it had actually just been renovated three short years prior to the demolition. It had been retrofitted with fresh new doors, blinds, a new ventilation system, new countertops and cupboards, and it had also received a modern and beautiful colour scheme — white walls with red door frames. If they had just spent all that money on fixing it, then doesn’t it seem kind of stupid to just get rid of it all?

Second of all, the kindergarten wing shouldn’t have been torn down because in a similar article titled “Extensive roof repairs have board looking at right-sizing school,” (https://www.sudbury.com/local-news/extensive-roof-repairs-have-board-looking-at-right-sizing-st-paul-257020) it states that it would cost the same price to repair the roof on that wing as it would to demolish it — nearly $1 million.

As high and outrageous as that price is, fixing the roof on the building would come with a lot of benefits, such as more storage space (which isn’t readily available at the school currently), additional classrooms and a space that could potentially be converted into a lunchroom, which the school doesn’t already have.

Lastly, the wing shouldn’t have been demolished because of the school daycare. Since the kindergarten students were relocated to the other side of the school when they deemed the roof unsafe on the former kindergarten side, and the daycare was already on that side, they could have just fixed the roof and moved the daycare to the kindergarten side instead of demolishing it, since it has pretty much everything they would need — bathrooms built into the classrooms, cubbies, and lots of storage space, which is much better than their current accommodations, in my opinion.

Plus, this would open up more space on the new kindergarten wing for other classes to use.

I know that the wing was still demolished, amidst all of the complaints, but I feel that the wing, if kept, could have served many purposes, instead of being a staff parking lot like it is now.

In conclusion, these are the reasons why I thought that the kindergarten wing at St. Paul the Apostle School in Coniston shouldn’t have been torn down.

Cyclists treading in dangerous territory with ‘willful negligence’ of safety practices
Aug 6, 2020 2:00 PM
Comments
We welcome your feedback and encourage you to share your thoughts. We ask that you be respectful of others and their points of view, refrain from personal attacks and stay on topic. To learn about our commenting policies and how we moderate, please read our Community Guidelines.