At 93 years old, most people have been long retired, and are spending their time relaxing and on leisure activities. Not Howard Cable.
Oct 12, 2014 2:29 PM By: Sudbury.com Staff 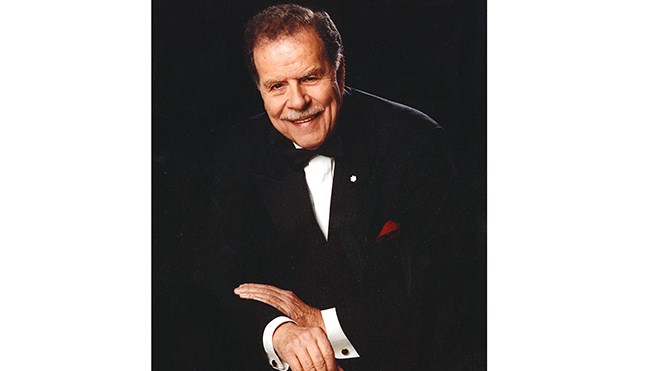 Music industry legend Howard Cable is set to lead the Sudbury Symphony Orchestra in its season opener concert Oct. 18. Supplied photo.
At 93 years old, most people have been long retired, and are spending their time relaxing and on leisure activities. Not Howard Cable.

“Everyone has experienced the influence of Howard Cable,” SSO executive director Dawn Cattapan said, in a press release. “A lot of people just don’t realize it.”

Cable’s career spans back to 1936, as a programmer and scriptwriter for CFRB in Toronto. He soon moved over to CBC and became known for shows such as “Music By Cable,” “Jolly Miller Time” and “Canadian Cavalcade.”

His illustrious career has taken him from coast-to-coast, working with orchestras,
festivals, and even a stint as the music consultant for the iconic Canadian trio Sharon, Lois and Bram in the 1990s.

At age 93, he’ll be making his conducting debut with the Sudbury Symphony, reflecting back a decade that brought him to the forefront of the musical world. During the height of the 60s, Howard Cable worked as a studio conductor and on Broadway, arranging music and conducting popular musicals like Man of La Mancha and Chu-Chem.

He worked in Canada during the decade as well, serving as executive producer of Onsite Entertainment for Expo 67 in Montreal.

During his performance with SSO, Howard Cable will showcase some of his favourite moments and songs of the 1960s; from television show themes such as Gilligan’s Island to some of the decade’s most popular sing-along songs.

Leading the crooning will be rising superstar Michael Vanhevel, who at 22 years old has already filled houses at the St. Jacobs Playhouse, the Huron Country Playhouse
and the Stratford Festival Theatre.

Swinging Sixties: The Best of the Crooners will take place at 7:30 p.m. Oct. 18 at Glad Tidings Tabernacle.