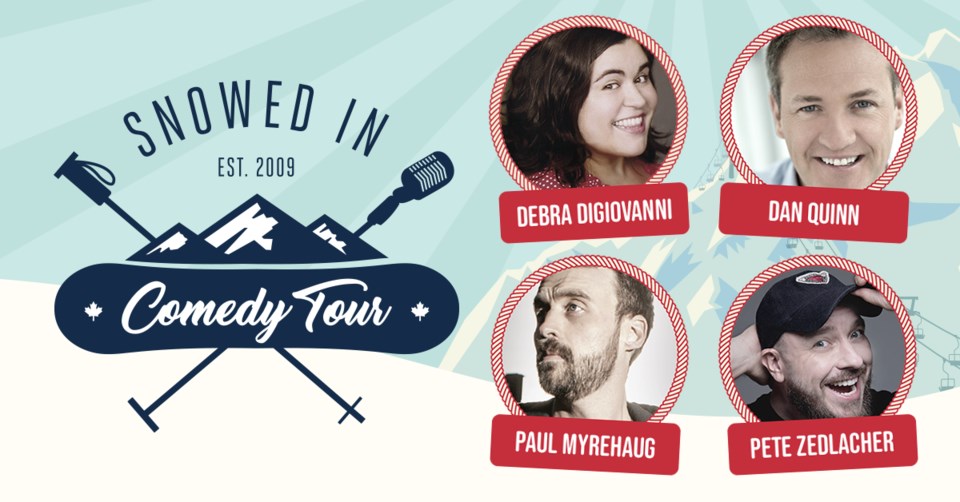 If you're a fan of comedy, you might want to purchase tickets to a just-announced show that visits Sudbury Theatre Centre next April.

“The Snowed In Comedy Tour has turned in to a Canadian success story, celebrating its 12th year,” said an email from Sudbury Theatre Centre.

“The tour has now grown to be the largest in Canada with 70 cities from Coast to Coast.

“The tour has now performed in Australia, the U.S., France and Switzerland. The 2019 tour received numerous standing ovations and was the most successful to date.

“Without major TV credits the growth of the tour is all attributed to word of mouth from delivering knockout performances year after year.”

The show takes place starting at 8 p.m. April 10, 2020. Tickets cost $45 for general admission and $35 for seniors, and are now available through the STC box office.