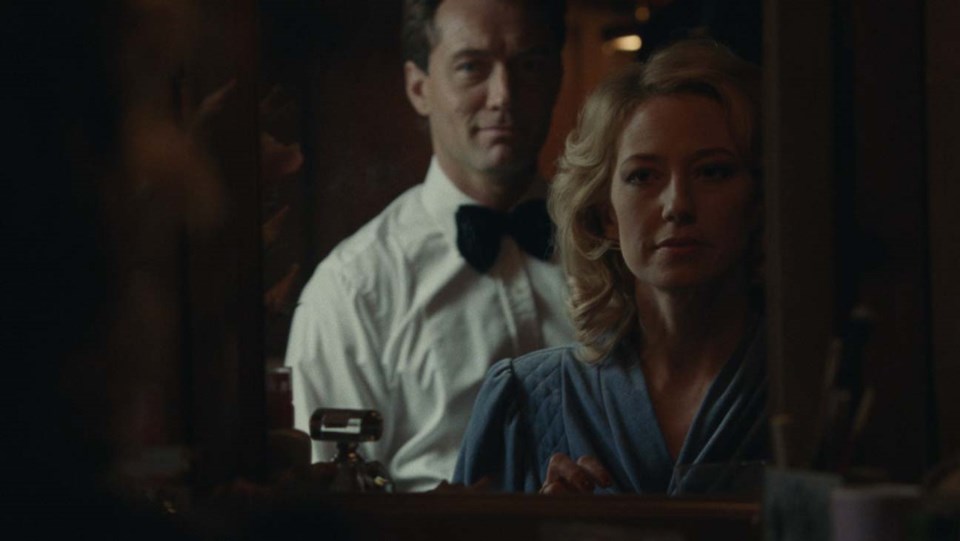 Jude Law stars in The Nest, which is Cinéfest’s Monday, Sept. 21 gala. (Supplied)

Cinéfest Sudbury has announced a few more film selections that will show at the festival, which runs Sept. 19-27 this year, with a combination of in-person and at-home screenings.

Rory (Jude Law) is an ambitious entrepreneur and former commodities broker who brings his American wife, Allison and kids to his native country, England, to explore new business opportunities. After abandoning the sanctuary of their safe American suburban surroundings, the family is plunged into the despair of an archaic 1980s Britain, and their unaffordable new life in an English manor house threatens to destroy the family.  Distributed by Elevation Pictures.

Despondent teenager Tess remains overwrought with grief years after the death of her mother. Her sole source of solace is the music of Danny, a local musician who left the St. John’s scene twenty years ago. When the vagabond musician unexpectedly returns to the small town, their connection stimulates an indelible transformation in Tess. Produced by Game Theory Films.

As a civil war shakes Quebec, Valerie is the sole survivor of a mass execution where her boyfriend is killed. Mixing realism and worrying strangeness, Le rire presents a humane exploration of the survivor's syndrome, the grieving process, the distance of time, the power of love, and the joy of being alive. Distributed by Maison 4:3

When the man she loves leaves her, Undine has to kill the man who betrays her and return to the water. Defying her role as a powerless and spurned woman and falling in love anew, Undine reworks the myth of the mysterious water spirit as a modern fairy-tale in a disenchanted world. Distributed by FilmsWeLike.

As the disappearance of their small religious community looms, the Helper Nuns begin sorting through their lifetime of struggles. These valiant all-terrain militants, who believe in God but not in a Church dominated by men, have spent years campaigning for women's rights. Between apprehension about death, outbursts of laughter, and meals washed down with wine, these women live the meaning of sisterhood to the full. Distributed by Les Films du 3 Mars.

When faced with life’s challenges, Ste-Adeline, Quebec’s small community has always stuck together. But this time, a scandal sends shockwaves through the quiet little town’s very foundation, testing its inhabitants. Distributed by Maison 4:3.

Alienated and wistful, Tom has relocated from the UK to Ireland, with his Irish-born mother). While exploring the dilapidated farm where he now lives, Tom comes across an oddity that is the farm’s turlough (a seasonal lake), at the bottom of which he discovers the skeleton of an infant. Unsure of what to do, Tom conceals the remains among his belongings. Distributed by Filmoption International.

Tickets for all in theatre screenings at SilverCity are $10. Seating will be limited due to safety precautions and social distancing measures in place.

All tickets for individual virtual screenings are also $10. An online pass which allows audiences access to all films available online will be available for $100.