Film looks at what would happen if an oil pipeline were diverted through an affluent neighbourhood
Sep 13, 2017 3:00 PM By: Sudbury.com Staff 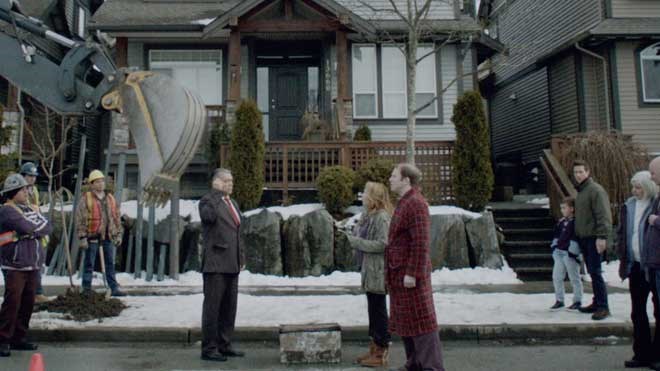 Sudburians are invited to a Sept. 17 screening of the film No Reservations as part of the Cinéfest Sudbury International Film Festival. (Supplied)

Sudburians are invited to a Sept. 17 screening of the film "No Reservations" at the Cinéfest Sudbury International Film Festival.

The film will be screened at noon that day as part of the Canadian Shorts lineup.

Inspired by the Standing Rock Sioux tribe protests on the Dakota Access pipeline, "No Reservations" is a political satire short film that challenges its viewers from the perspective of First Nations and Caucasian cultures.

The film flips the typical narrative of oil pipeline development in North America where we see Aboriginal communities and the surrounding environment threatened, on its head.

He convinces Peter and Marilyn Whiteman along with their local community about the benefits of having his pipeline run underneath their neighbourhood.

Ultimately, the situation culminates in a humorous all-out battle royale between the local residents and the authorities hired by the oil company, which leads to a twist no one can see coming.

Directed by award-winning director Trevor Carroll, himself an Indigenous artist of Ojibway descent from Northern Ontario, "No Reservations" has already been awarded several accolades on the film festival circuit, such as the 2017 Award of Merit for the Native/Aboriginal Peoples category at the Accolade Competition, as well as the 2017 Award of Merit Special Mention at the Best Shorts Competition.

“'No Reservations' is a politically charged satirical short film about the pivotal issue of oil pipeline development in North America,” said Carroll, in a press release

“As our collective awareness of environmental issues broadens, so, too, do the outcries of activists calling for the curtailing of pipeline development. Most often this opposition is rallied by the individuals and communities that live in the areas oil companies want to develop through.

“Rarely do we see an oil company that wants to run their pipeline through an upper-middle class, primarily Caucasian neighbourhood. This is a film that shows the audiences what happens when that middle class neighbourhood is directly impacted.”