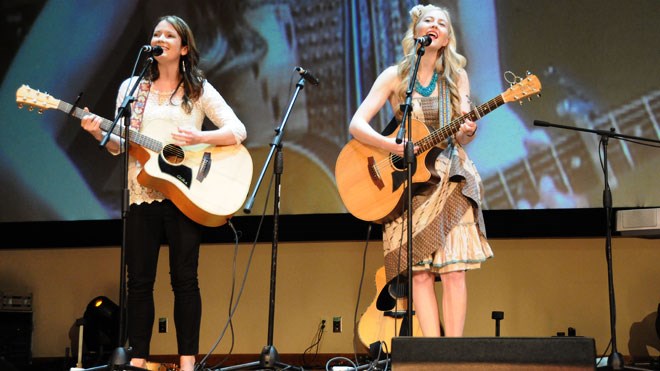 Dan Xilon is not a magician, but give him a dollar and he can turn it into six.

But the food bank cannot do it alone. It takes the support of the whole community — from generous individual Sudburians to city businesses — to ensure it can continue to provide help to those in need.

And during the summer, a big portion of that assistance comes from Vale and the annual summer concert series the mining company hosts at the Grace Hartman Amphitheatre in Bell Park. Not only do those concerts bring in some of Canada's top musical talent, the concerts are offered free-of-charge. All that is asked of people is to make a monetary donation to the food bank.

The summer concert series brought in $17,500 last year, “which is spectacular,” Xilon said.

“The audiences have been incredibly supportive,” he said. “The community is really warming up to the summer concert series.

“(And) the price is perfect,” Xilon added.

Bob Bale, who produces the concert series, said he is thrilled by the sense of community the concerts provide.

“Last year, we witnessed the power of many people putting their hands and hearts together,” he said.

It was Bale who pointed out how adept the food bank — in particular, Xilon — is at stretching donation dollars in a way that is almost magical.

"One thing I would like to get out to the public is that the Sudbury Food Bank can translate each dollar in cash donated at the concert into $6 worth of food," Bale said. "Although the food bank would 'never turn down a can of beans' as Dan Xilon says, he also says, 'Give me the $1.50 you paid for the can of beans and we can turn that into six cans of beans.'"

This brings us to the latest presentation in the Vale Concert Series, folk/pop sensations Dala.

The dynamic duo of Amanda (the "Da" in Dala) Walther and Sheila (the "la") Carabine, won Canadian Vocal Group of the year in 2010. They have toured extensively in Canada and the United States earning award nominations and words of praise.

Newspaper The Irish Post suggested their album, "Everyone Is Someone," was album Of the year in Ireland. The song “Horses” from that album was ranked by National Public Radio in the United States as one of the top 10 folk songs of 2009.

Known for their glorious harmonies, poignant melodies and entertaining stage banter, Dala are seasoned live performers who know how to entertain.

“Dala is one of most sought-after folk/pop duos in Canada, said Bob Bale, producer of the Vale concert series. "Their heavenly harmonies and infectious enthusiasm have created a solid fan base in Sudbury. Dala has performed to sell-out crowds in Sudbury including the Fraser Auditorium with Stuart McLean’s Vinyl Cafe and to capacity crowds of 400 at St. Andrew’s Place. This is a must see show.”

Dala hits the stage at Grace Hartman Amphitheatre in Bell Park on Aug. 14 at 7 p.m. Cost of admission is a monetary donation to the Sudbury Food Bank.