She and musical partner Rob Murphy holding an album release show at Cousin Vinny’s in Chelmsford on Oct. 30
Oct 19, 2020 8:00 PM By: Heidi Ulrichsen 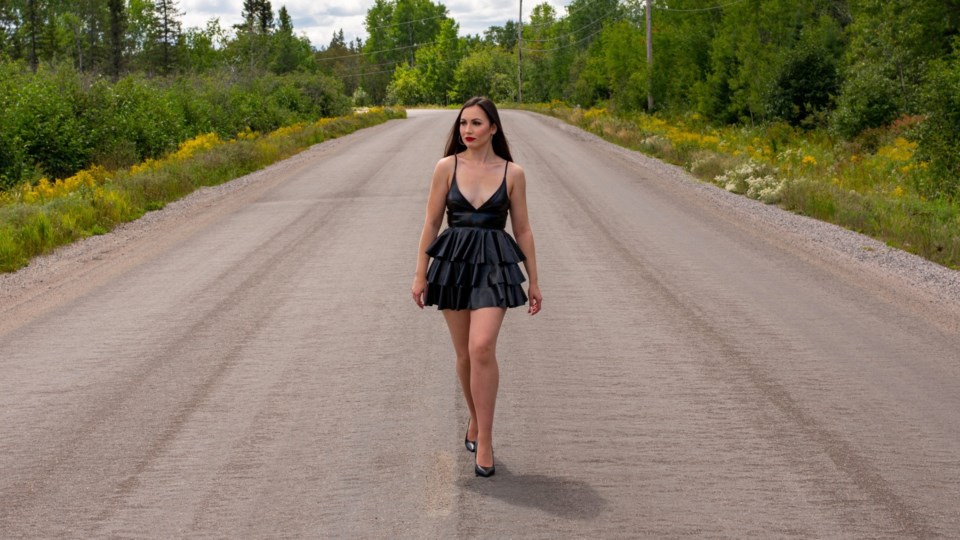 During the lockdown this spring, Greater Sudbury singer-songwriter Ashley Woodruff was feeling the effects of isolation, so she threw herself into her songwriting.

Half a year later, the result is her second full-length album, appropriately titled “Distanced.”

“When everyone was social distancing, I began writing a lot of songs to help me cope with the unsettling feelings I had surrounding the pandemic,” she said.

“That’s the most isolated I’ve felt in my whole life. The world was just in a whole new state.  But while everything was changing around me, music was comforting, because that remained the same.

“There were some nights where I just felt wide aware until 3 or 4 a.m. I just started writing songs.”

When social distancing measures started to be lifted in Ontario, Woodruff got together with her musical partner, Rob Murphy, and they started working on the album.

Woodruff, who considers her musical style to be adult pop contemporary, said she writes the lyrics and melodies, while Murphy tackles the instrumentals. They also both performed on the album.

She said although she wrote the songs during the lockdown, they focus on aspects of life other than the pandemic, such as love.

“That’s probably one of the most relatable life experiences,” Woodruff said.

It’s an understatement to say that the 25-year-old has been pretty busy.

Not only has she just dropped her second album (the first one came out in 2017), she’s a recent graduate of Cambrian College’s developmental services program, and has been doing supply work as an educational assistant for the Rainbow District School Board.

Woodruff said she keeps a strict schedule for herself to get everything done, keeping track in the notes section on her phone.

Still, things were a little bit on the quieter side than she would have liked this past summer, as festival performances were cancelled.

“It was tough,” Woodruff said. “For a few months we were completely off the stage. So going from performing a few shows a week to not at all was another part of how life just rapidly changed. Writing music stayed familiar.”

Woodruff and Murphy get back on the stage at 8 p.m. Oct. 30 at Cousin Vinny’s Restaurant and Bar in Chelmsford, when they’re holding an album release event. There will be no cover, and copies of Woodruff’s albums will be on sale.
It’s recommended that people call the restaurant to make reservations due to limited seating.

“That’ll be super fun, and pre-Halloween, you get to dress up on top of that,” Woodruff said.

People will of course be asked to adhere to COVID-19 safety protocols, including wearing masks when appropriate and sitting with people from their own social circles.

Woodruff and Murray also have a second show planned for the Chelmsford Cousin Vinny’s at 8 p.m. Nov. 28.

If you’d like to check out Woodruff’s album, it’s currently available on all music streaming platforms (such as Spotify).

Physical copies of the album are also available at Woodruff’s upcoming performances, or by contacting the musician through her website.