Ever considered being shot into space at the end of life? Graphic novel by Sudburian explores this idea 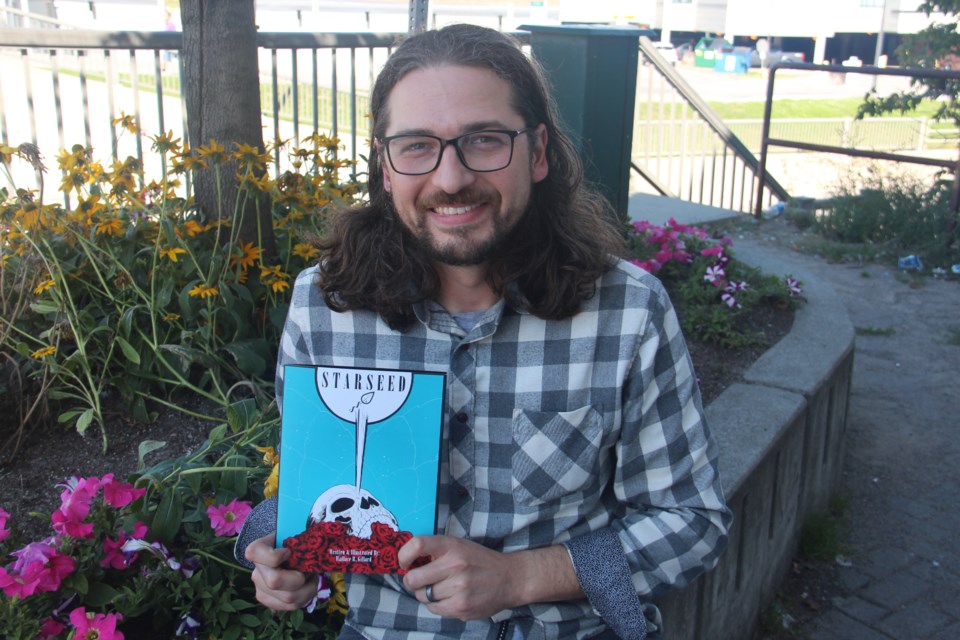 Now the Copper Cliff native, an artist who's a part-time instructor in Cambrian College's fine art program, has brought his love of science fiction and art together in a self-published graphic novel called “Starseed.”

The book, both written and illustrated by Gillard, focuses on a very different (and as-yet-fictional) type of end-of-life service: for a modest sum, people who are terminally ill can be launched into space in a pod for one last adventure.

When they pass away, their bodies act as organic matter to host plant life, with the ultimate goal of carrying that plant life to a compatible planet and “seeding” it for possible future human habitation.

Gillard said this idea isn't as far-fetched as it might seem — people already pay to have their ashes launched into space. He said he tried to make the science behind the book as plausible as possible.

“For myself, I have this fear of being put in a pine box or being burned, but those are the options for us,” Gillard said.

But he said the idea of being able to see things — in true Star Trek style — “that nobody has ever seen before” at the end of life, and then to contribute to making a planet habitable for humans, is “magical.”

Gillard, who said this is just the first of five installments in a series of graphic novels based on this theme, held a book launch for “Starseed” earlier this month, and has already sold 100 copies (the books cost $20 each).

If you're interesting in purchasing a copy for yourself, message Gillard on his Facebook page “The Art of Wallace R. Gillard” or email him at art.wrg@gmail.com.