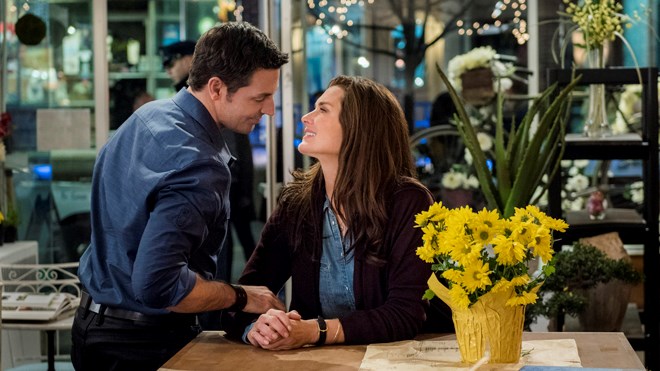 “Mum's the Word,” shot in North Bay in October and November, stars Brooke Shields, Brennan Elliott and Beau Bridges. It aired on the Hallmark Channel last month, to great success.

The film is one in the Flower Shop Mystery series of Hallmark movies.

“We are currently filming episode two and three as we speak in North Bay,” Anselmo said. “The episode names are 'Snipped in the Bud' and 'Dearly Depotted.'”

Although the Hallmark Channel is not available in Canada, Anselmo said the film will air in Canada in April (he didn't immediately know on what channels, though).

Hideaway Pictures has been involved in producing many Hallmark Channel movies in Sudbury and North Bay over the past four years, with plans to make several more this year.

Among the titles shot in the north are “Be My Valentine,” “Midnight Masquerade,” “Christmas at Cartwrights,” “A Wish Come True,” “Lead With Your Heart,” “Love's Complicated,” “Disorderly Conduct,” “Christmas With Tucker” and “The Banner Project.”

“Mum's the Word” follows Abby Knight (Brooke Shields), a former lawyer turned flower shop owner, who is starting over after the death of her husband with the support from her father (Beau Bridges), a new business and her daughter off to college. A car crash leads her to track down a murderer, and maybe even find love.