For the love of words: Wordstock returns in June

Readers and writers alike are in for a treat at the second edition of the Wordstock Sudbury Literary Festival, set to take place June 19-20. “We have so many talented writers in the city ...
May 6, 2015 4:11 PM By: Heidi Ulrichsen 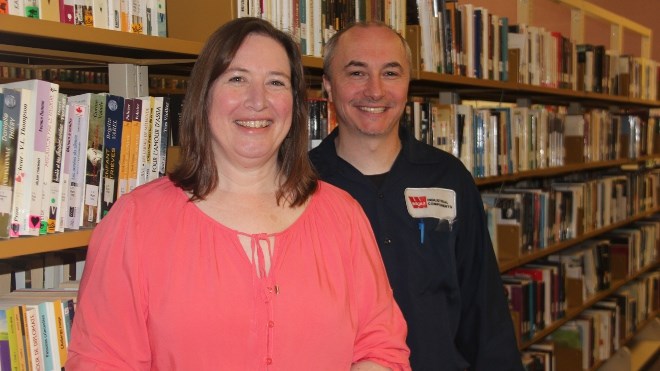 “We have so many talented writers in the city ... all contributing not only to the literary landscape of the city, but across the region and the country,” said festival chair Heather Campbell, a local freelance writer.

“We love words, and we love getting together with other writers and other readers. That is what Wordstock Sudbury is all about — to celebrate and savour the words around us that shape and define us, and that inspire us.”

Wordstock began in 2013 as a special project by the Sudbury Arts Council. It's held every two years so it doesn't interfere with the city's Francophone literary festival, Le Salon du livre.

Fallis is the 2008 winner of the Stephen Leacock Medal for Humour for his debut novel, “The Best Laid Plans,” which was transformed into a CBC miniseries that aired this past January.

His fourth novel, “No Relation,” is a finalist for the 2015 Stephen Leacock Medal. Sudbury-born Shamas was nominated for a Governor General's Award for Humour, and has won a Gemini for best performance in comedy and best theatre award from the U.S Comedy Arts Festival.

The festival continues at 9 a.m. on June 20 with a full day of workshops for writers at Sudbury Secondary School. Among the topics are the business side of writing and writing for young adults.

Then, starting at 6 p.m. on June 20, spoken word artist and musician Corin Raymond brings his “Bookworm” show to the Motley Kitchen in downtown Sudbury.

Also as part of Wordstock, writers under the age of 18 are invited to enter the Youth Writing Contest With Creepy Possibilities.

“It gives young kids a chance to show what they can do,” said Greater Sudbury poet laureate Tom Leduc, who's heading up the contest. “They're so imaginative, so creative, and it's great to hear their stories.”

“It offers opportunities with professional authors from outside the community to come in and help our writers get better at what they do,” he said.

Tickets to Wordstock's various events, which cost between $20 and $25, are available May 13 through eventbrite.ca.

Those interested in entering the youth writing contest are asked to email wordstocksudbury@gmail.ca. For more information, visit www.wordstocksudbury.ca.