From Frank Sinatra to Beethoven to Star Trek, the 2014-2015 Sudbury Symphony Orchestra (SSO) season has plenty of popular appeal. The musical ensemble released its plans for its 39th season over the weekend.
Mar 31, 2014 5:45 PM By: Heidi Ulrichsen 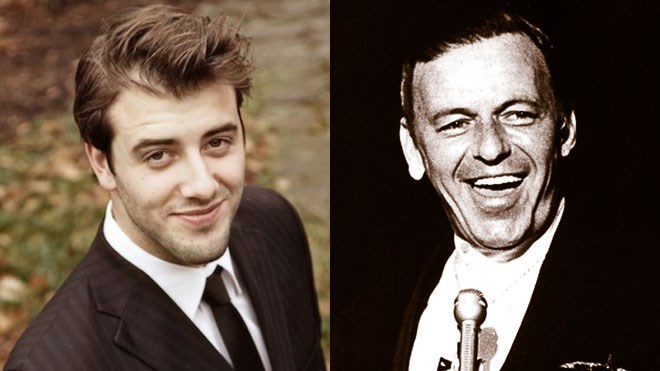 From Frank Sinatra to Beethoven to Star Trek, the 2014-2015 Sudbury Symphony Orchestra (SSO) season has plenty of popular appeal.

The musical ensemble released its plans for its 39th season over the weekend. The orchestra's first concert of the season, the Swinging Sixties, features crooner Michael Vanhevel of Grand Bend., Ont. singing the songs of Sinatra, Tony Bennett, Bobby Darin and Dean Martin.

The Oct. 18 performance will be conducted by 93-year-old Howard Cable, a legendary conductor and band leader.

It's the kind of music that makes you want to kick back and sip a martini in true '60s style, said SSO executive director Dawn Cattapan. “All of the music, when you think of the music of the '60s, is so much fun,” she said.

Vanhevel, who is in his early 20s, might just be the next Micheal Buble, Cattapan said.

On Dec. 17-19, SSO teams up with YES Theatre to present Les Miserables in Concert. Cattapan said it's a unique event, as it's rare for a musical theatre company to be backed up by a full orchestra.

Another concert that's sure to be a hit is “Musical Fireworks,” set to be presented March 7, 2015.

The performance features “those heavy-hitting pieces of classical music that everybody knows, and everybody loves,” Cattapan said, including Beethoven's legendary Symphony No. 5 in C Minor.

The May 9, 2015 “Out of this World” concert invites audiences to “boldly go” with SSO on an exploration of space-themed music.

This includes the themes from Star Trek and Star Wars, Strauss' Also Sprach Zarathustra (popularized in 2001: A Space Odyssey), and Holst's The Planets.

Cattapan said she's hoping audience members will dress up in costumes from their favourite space movie.

“Can you imagine that?” she said. “The orchestra's playing and there's someone in a wookie costume, just rocking out?”

Film and Music — Nov. 8, special presentation of the Woody Allen movie "Midnight in Paris" and performance by SSO String Quartet of music from 1920s Paris.

Classical Cheer — Nov. 29, travel back in time as the SSO celebrates a Victorian-style Christmas.

French Romance — Feb. 7, Embrace the joie de vivre of France in this delightful concert featuring the most appealing qualities of French music.

Musical Fireworks — March 7, Beethoven's legendary Symphony No. 5 in C Minor – the most recognizable classical piece ever – anchors this programme.

Out of this World, May 9 — Boldly go with SSO on a mission to experience music from Star Trek and Star Wars in this concert that defines outer space.