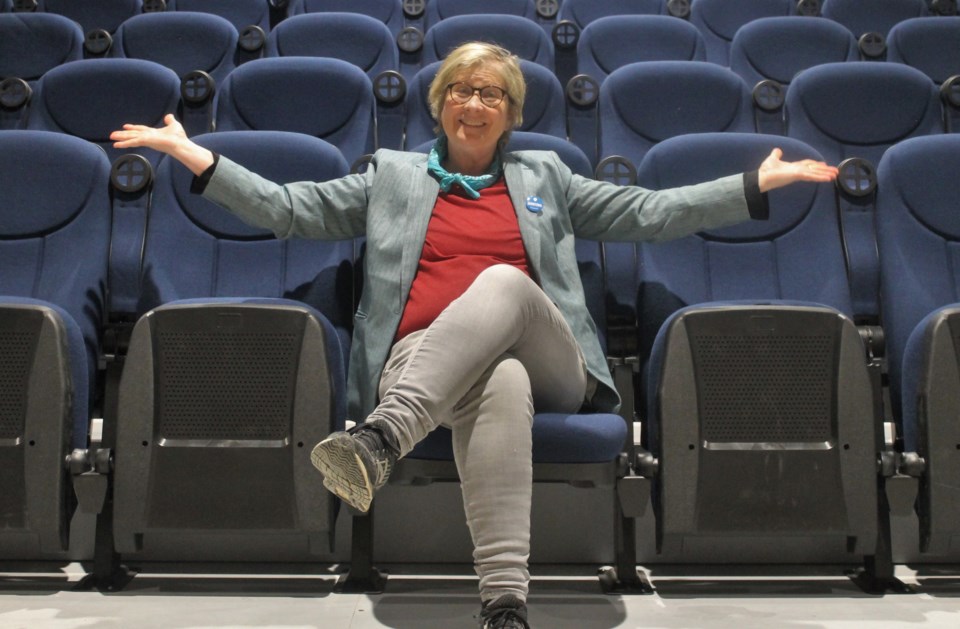 Beth Mairs, director of the Sudbury Indie Cinema Co-op, is excited to be welcoming patrons back to the theatre this week. (File)

Sudbury Indie Cinema is reopening its doors for the first time since March.

The theatre opens Thursday, Aug. 13. The Indie’s board chair said they have worked with other cinemas and public health to put in place best practices to keep movie-lovers safe while enjoying a flick.

Given the OK to open on July 17, the Indie has been preparing since that time to open, but open safely.

“We’ve been keen to re-open but have taken the time to think through new practices, protocols, and have been busy getting enhancements in place,” said Brad Robinson, Indie Cinema’s chair.

Patrons will be required to wear masks in the theatre when not eating or drinking, and will be asked to use hand sanitizer upon entering and exiting the theatre, said Indie board member Frances Huot.

“Physical distancing between individual patrons or social bubbles has been built into the queue lines and lobby area,” Huot said. “In the theatre itself, every second row is completely blocked off, and patrons will be asked to leave 3 empty seats between parties or other individual movie-goers.”

Glass has been installed at counter areas as well and staff shifts have been extended to allow for thorough cleaning of the theatre between showings. As well, entering and exiting procedures have been altered to keep large groups from interacting in the lobby.

Being a small independent operator has its benefits, said Beth Mairs, the director of the Indie.

““While the movie chains that rely on Hollywood are in a quandary as the major studios have migrated to streaming platforms or continue to delay broad releases into the fall, I had no trouble creating a fresh line up of diverse top-quality films for us to re-open with,” Mairs said in a news release.

The Indie will be open Thursdays to Sundays for the rest of the month, with only two screenings per day, at 5 p.m. and 7:30 p.m. Tightwad Tuesdays (where all screenings are just $5) return Sept. 1.

For Thursday’s opening, the Indie is screening “First Cow,” at 5 p.m and 7:30 p.m. The film is described as, “ Two travelers, on the run from a band of vengeful hunters in the 1820s Northwest, dream of striking it rich -- but their tenuous plan to make their fortune on the frontier comes to rely on the secret use of a landowner's prized dairy cow.”

On Friday, check out the music-oriented films “Creem: American’s Only Rock ‘N’ Roll Magazine,” about the Detroit-based rock magazine,  and “Mystify: Michael Hutchence,” which had been set to open in March and is about the life and death of INXS frontman Michael Hutchence.

A few special events are planned for the coming weeks, too.

This weekend, the Up Here Festival hosts two free screenings of the doc “White Walls Say Nothing” as part of the festival. Local and visiting artists will speak after the film, which documents the relationship between wall art and political resistance in Argentina. Limited number of free tickets can be reserved here.

This Sunday, Aug. 16, Citizens Climate Lobby Canada and the Coalition for a Liveable Sudbury have partnered with the Indie to screen “The Great Green Wall,” a documentary exploring a daring climate action re-greening project aiming to span 8,000 km across Africa. Local panelists will speak to local climate re-greening actions in Sudbury.

On Aug. 22, the Indie is hosting a double-bill fundraiser for Black Lives Matter Sudbury screening the 2019 favourite “The Last Black Man in San Francisco” followed by the Northern Ontario premier of “White Riot.” White Riot won Best Documentary Feature at the London Film Festival last fall, and follows the development of a broad anti-racism movement in Britain in the 1980s when punk rock and activists worked together to oppose far right, anti-immigrant views. BLM Sudbury will lead a post screening discussion. “Last Black Man” screens at 4 p.m., with “White Riot” to follow at 6:45 p.m.

Premiering Aug. 20 are two French features: “L’opera de Paris,” a behind-the-scenes look at the tumultuous 2015 opera season, and “Le choc du futur,” documents a time in the evolution of electronic music in the 1980s led by female innovators in Paris.

Tickets are being released online and will also be available (if not sold out) at the box office. Get your advanced tickets here.

You can find the Indie’s full schedule of films through Sept. 5 on the website, while calendars can be picked up at the Indie, 162 Mackenzie St. side door, local downtown Independent coffee shops, and online from the Indie’s website.