Good Lovelies Christmas Show: Just the thing to get you in the holiday spirit 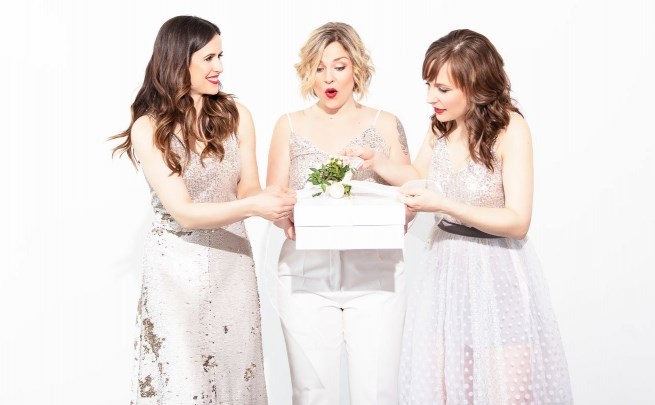 The Good Lovelies' annual Christmas Show may celebrate the Yuletide season, but it's also a birthday bash for the band.

Caroline Brooks, Kerri Ough and Sue Passmore, who make up the (mostly) Toronto-based folk/country harmony trio (Ough lives in Newfoundland), first joined forces in 2006 when they put on a Christmas show.

Christmas has become something of a touchstone for them since.

Not only do they have a touring Christmas show, they also put out two Christmas albums — 2009's “Under the Mistletoe” and now “Evergreen,” released just weeks ago with material they've developed over the last decade.

The band also released a non-Christmas album, Shapeshifters, in 2018.

“It's become a real tradition for us, and it grew out of this band anniversary,” said Passmore in a recent phone interview with Sudbury.com.

“Happily it's become a tradition for lots of people who have been coming to the show. It's been really neat. We've been watching kids grow up. It's really nice. I look forward to this every year.”

As it happens, this year's Good Lovelies Christmas tour begins Dec. 5 at Fraser Auditorium in Sudbury.

The show is being put on in partnership with Northern Lights Festival Boréal, who also brought the group to Sudbury in 2017 and 2018.

“There's something quite nice about being in that town,” said Passmore. “We've done several shows. We have some regular stops now where we like to get our coffee and food and breakfast.

“It's started to become a really familiar place, and the people we work with in Sudbury are always wonderful, and that makes a big difference when we're travelling around.

“So we're delighted to be coming back and starting the tour in Sudbury, which is wonderful.

Accompanied by their three band members, the “Lovelies” will perform a combination of Christmas standards, lesser-known holiday tunes, and their own original material, whether festive or not.

Asked if the show is just the thing to get people in the holiday spirit, Passmore said she hopes so.

“It does it for us, and we hope it works for everybody else,” she said. “It's hopefully just going to be a really fun night, a wonderful night.”

The doors open at 7 p.m. at Fraser Auditorium on the Laurentian University campus. Tickets cost around $33 for general admission and $20 for youth/children, and are available through the Northern Lights Festival website.