They might be known for their cheesy scenes designed to pluck at your heartstrings, but made-for-television Hallmark Channel movies have become quite an economic driver for Northern Ontario.
0
Jan 12, 2016 2:16 PM By: Heidi Ulrichsen 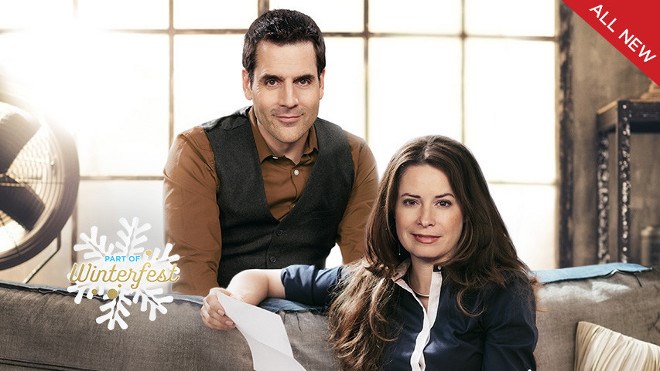 Love's Complicated, a made-for-television Hallmark Channel movie filmed in Sudbury, aired on the channel this past weekend. Supplied photo.
They might be known for their cheesy scenes designed to pluck at your heartstrings, but made-for-television Hallmark Channel movies have become quite an economic driver for Northern Ontario.

Sudbury's Hideaway Pictures has been involved in producing 10 of these movies over the past four years, with plans to make several more this year.

Among the titles filmed in Sudbury are “Be My Valentine,” “Midnight Masquerade,” “Christmas at Cartwrights,” “A Wish Come True,” “Lead With Your Heart,” “Love's Complicated” and “Disorderly Conduct.” Several more have been filmed in North Bay, including “Christmas With Tucker,” “The Banner Project” and “Mum's the Word.”

Are the films high art? No, but they are entertaining and popular with fans. What's more, Hallmark Channel movies are lucrative for the local film sector.

“A lot of Hallmark movies get made in Canada and Northern Ontario,” said Hideaway CEO David Anselmo. “It's a great economic driver for the industry. Every movie we film, we're hiring hundreds of locals and spending millions of dollars in the local economy.”

More specifically, each Hallmark movie filmed in the city spends between $1.2 and $1.5 million in the local economy, Anselmo said. Each film employs an average of 70 northern crew members, 10 actors and 200 to 300 extras.

Beyond the direct spending on each film, there's massive spin-off spending for restaurants, hotels, car rental companies, caterers, ect., that "cannot really be reflected in these numbers,” Anselmo said.

“Love's Complicated,” filmed in Sudbury last November, aired this past weekend on the Hallmark Channel. Unfortunately, the Hallmark Channel is not available in Canada, although Anselmo said the films are usually picked up by Canadian channels such as Showcase later on.

It was directed by Canadian director Jerry Ciccoritti. NorthernLife.ca web and digital media manager Mathieu Beausoleil also appears in the film as the chef, one of many locals involved in the project.

“Love's Complicated” stars Holly Marie Combs — best known for her role of Piper Halliwell on the television show “Charmed” — as Leah Townsend, along with Ben Bass as Cinco Dublin.

In the film, Combs' character, Leah Townsend is trying to decide between her dependable boyfriend, Edward Crouse, and a shock-jock radio host, Cinco Dublin, who, with all his bluster, makes Leah feel alive.