Gord Apolloni has gained an entirely new appreciation for the film industry. Following his experience with A Fighting Man, he said he'll never watch a movie the same way again.
May 28, 2013 6:26 PM By: Jenny Jelen 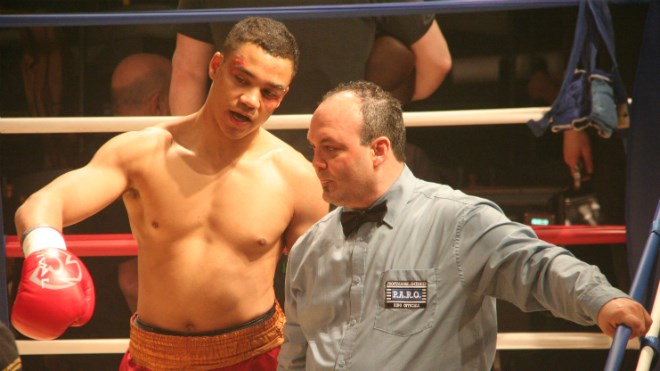 Gord Apolloni has gained an entirely new appreciation for the film industry.

Following his experience with A Fighting Man, he said he'll never watch a movie the same way again. That's not to say the magic has been lost — he just knows all the work that goes into the process.

The local boxing coach and his gym were hand-picked by Prison Break star Dominic Purcell while he was in town filming The Frozen and gearing up for A Fighting Man. The actor had asked around town for training facilities, and liked what he saw when he first arrived at Top Glove.

And then the training began.

Greg Brown, who works closely with Apolloni and has been on a number of sets before, began sparring with Purcell as soon as his skills started to develop.

Purcell's official fighting program began in February and lasted until filming wrapped up in May. Under the careful eye of Apolloni, an Olympic coach, Purcell quickly developed a strong set of boxing skills. Brown said he left the gym with a black eye and bruises more than once.

While Apolloni was responsible for choreographing the fight — every punch, every step, every crash — it only worked because the actors were so dedicated to actually learning the skills, he said.

“It was neat to see the transformation,” he said.

Apolloni said both Purcell and Izaak Smith, who played the role of an up-and-coming fighter, put a tremendous amount of effort into their training regimens.

"That's what elite athletes do,” Apolloni said. “They do what they need to do to become the best.”

On top of raising the profile of his gym with celebrity endorsement, Top Glove also received a makeover. The film's production team painted the Regent Street space to suit the needs of the camera, as it was used as a location for filming.

They also purchased equipment like gloves, hand wraps and apparel — about $1,500 worth — that was left for the training facility to use.

And of course, they also paid Top Glove for training and use of the space.

Apolloni said it's nice to know rent will be covered for the next few months.

For Apolloni, a registered referee, the knock-out punch came when he was asked to ref in the film — a role complete with speaking lines.

“We want you,” Apolloni recalled the film's writer and director, Damian Lee, tell him. “You know exactly where to be after each combination.”

He impressed the crew so much, he has been invited to Toronto to assist with editing fight scenes for A Fighting Man to ensure they look as legitimate as possible.

He said he has also been added to a list of film fight choreographers, and said he would be more than happy to take on another project like this.

“We were really fortunate to have them here,” Apolloni said of the A Fighting Man film crew.