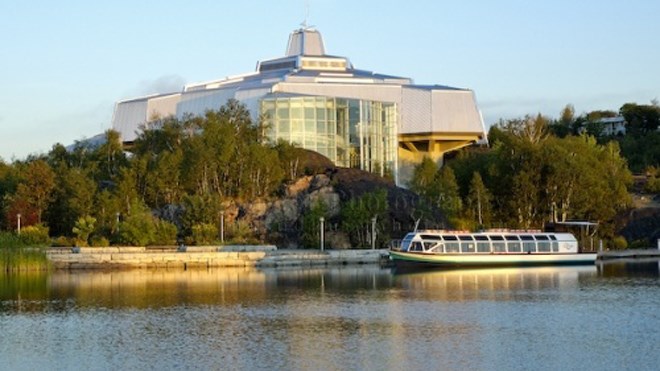 Indigenous inventions will be the subject of a Science North exhibition that will visit Northern Ontario communities in 2021 and 2022.

Designed and built at the Montreal Science Centre over a three-year period, Indigenous Ingenuity premiered in 2017. Since then it has travelled throughout Canada.

"The first two years of planning were all about collaboration,” said Moskalyk. “They worked with about 200 Indigenous advisers from across Canada to inform the content of the exhibit.”

Science North can easily accommodate the award-winning 500-square metre display with room left over in its exhibition hall. Another 200-square metre of displays focusing on the accomplishments of First Nations people in northeastern Ontario will be created in Sudbury in collaboration with its Indigenous advisers.

The science centre will be producing an education guide as well as planning workshops and guest speakers.

"We were supposed to have the exhibit this fall," says Moskalyk. "It was set to open Thanksgiving weekend and continue to January. The Montreal Science Centre, in classic COVID pivot, allowed us to shift our lease. It will be at Science North from March 6 (2021) to Labour Day, Sept. 6."

As part of the science centre's northwest initiatives, Lakehead residents will be entertained and educated by the complete 500-square-metre exhibit in 2022 at the Thunder Bay Art Gallery. The Thunder Bay exhibit will have a special northwestern Ontario component.

Visitors to Indigenous Ingenuity will receive a RFID (radio frequency identity) scanning bracelet to help them navigate the 62 unique displays with the assistance of bear and raven mascots.

There will be a virtual reality experience that takes people to the Arctic, as well as opportunities to build an igloo and an inukshuk, paddle a canoe, go dog-sledding, and learn how to use hunting tools such as the bow and arrow.

A travelling version of the exhibit is also getting assistance from the federal government through the Museums Assistance Program.

Moskalyk explains the $291,000 announced by the federal government earlier this month will be used toward the cost of bringing the exhibit to Sudbury and Thunder Bay, staff costs, as well as the Indigenous Ingenuity Northern Ontario Tour.

The science director is optimistic the show will go on even if COVID-19 restrictions are in place.

Science North has had about 500 daily visitors since it reopened this summer. Under normal conditions, it has from 1,500 to 2,000 visitors during its peak season from March to September.