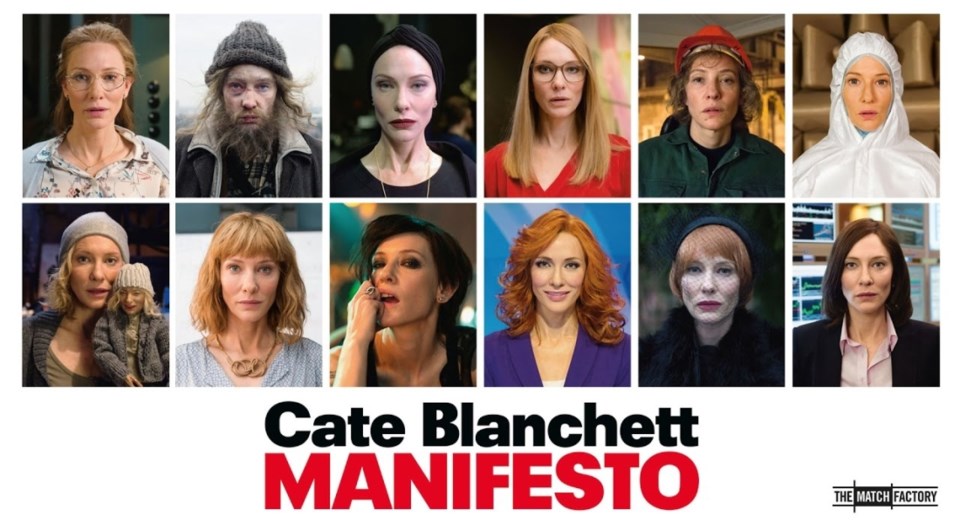 From an anchorwoman to a homeless man, actress Cate Blanchett portrays 13 distinct characters in vignettes that incorporate timeless manifestos.

The film was shot over 12 days in December 2014 in locations in and around Berlin. This 90-minute feature version premiered at the Sundance Film Festival in January 2017. It has never played in Sudbury.

The screening takes place starting at 7:30 p.m. at the McEwen School of Architecture. Tickets can be purchased for $15 in advance online on Event Brite. Rush tickets are available at the door for $20 half an hour before the film starts.