You can check out Ben Paquette’s completed 3-hour-long film at Cinéfest later this month
Sep 1, 2020 1:00 PM By: Heidi Ulrichsen 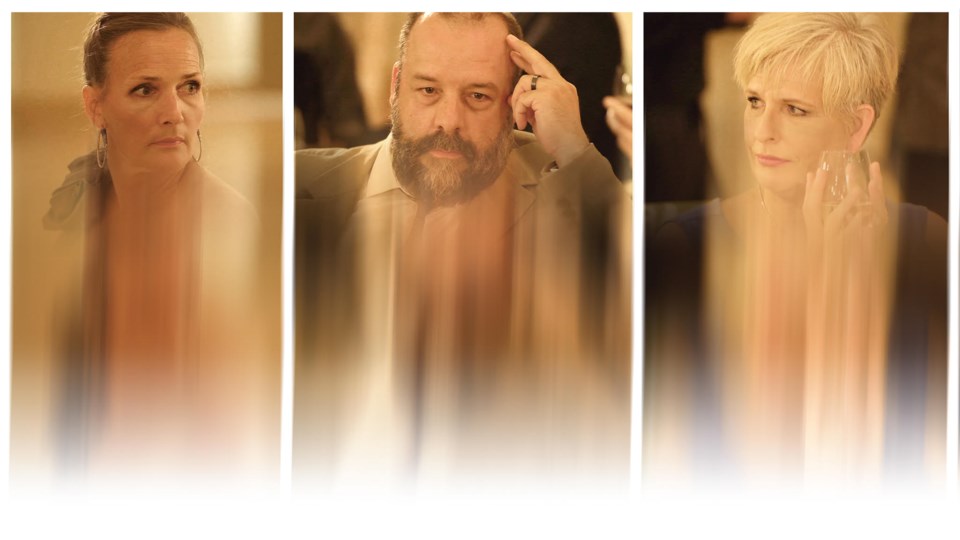 It’s safe to say the spring of 2020 was a rocky one for Ben Paquette, a local filmmaker who was also the director of Thorneloe University’s motion picture arts program.

All of his students were sent home in March due to COVID-19. Paquette and his students were also supposed to shoot the ninth and final chapter of his film project, “Perspective,” during March, but the shoot was obviously postponed.

Then, in May, Thorneloe University announced it was cutting its motion picture arts and theatre arts programs, with new students no longer being accepted.

Current students are able to finish their degrees, but they’re not happy with the contingency plans in place by Laurentian University, which issues degrees to Thorneloe students. With the program cuts, Paquette also lost his position with Thorneloe.

Despite all of this upheaval, Paquette was able to finish filming the last chapter of “Perspective” in July, just two weeks after COVID-19 restrictions preventing filming were lifted by the Ontario government.

Paquette said he started the film project partly as a training vehicle for his motion picture arts students.

He said it was difficult to find student placements with local film and TV productions because filming schedules are so erratic, so he came up with this unique project to fill their needs.

Each chapter of “Perspective” is filmed with a small crew, many of them students, just two days per year.

Paquette said he invited everyone that was supposed to be involved in the original March shooting to take part this past July, but due to the pandemic, not everyone was able to participate.

“Did a strong minority of people come back? Absolutely,” Paquette said, adding there were many safety protocols that needed to be followed this year, with COVID-19.

He said he’s “elated” the project is finally completed after nine years, although it’s “bittersweet” it’s happening just as the motion picture arts program was cut.

The film is “super interesting, thoughtful and moving,” Paquette said. “I think people who like movies and different things will like this. It’s trying to be different. It’s a movie that is worth discussing. I think it’s very experimental and interesting. I’m really proud.”

The film is divided into nine chapters, shot over nine years, and spans nine years in the lives of three characters named “Alex.”

You can see the actors age in real time over the course of the film, which in its completed form is just under three hours in length.

“Perspective” has been a mainstay at the Cinéfest International Film Festival, which has been screening all of the completed chapters of the film each year.

If you’d like to check out the now fully completed film, it’s screening in-person at Silver City as part of Cinéfest at 12:30 p.m. Friday, Sept. 25. As of Saturday, Sept. 26, online ticket holders will also be able to stream “Perspective” for 72 hours.

“When I proposed this wacky nine-year thing to Cinéfest, they obviously thought it was totally strange, but they knew about my movies that are totally strange, and they were very supportive,” Paquette said.

“Out of everybody I spoke to, they were probably the most supportive. They always had really excellent turnouts for the films.”

As for the cut of Thorneloe’s motion picture arts program, Paquette, a Sudbury native, said he is saddened area students now have to leave town to get training in the film and television industry, as he did more than two decades ago.

He said he’s not sure how Greater Sudbury is going to continue to have a film and television industry with no local post-secondary course available.

“The community needs a program, whether it’s at Cambrian or Boréal or at Laurentian,” Paquette said. “We need to support the arts. I get that COVID is wreaking havoc with everything. But we need to keep our eye on the ball and support the arts. We’re always the first one to get cut.”

Pandemic meant songwriting, new album for Sudbury’s Ashley Woodruff
Oct 19, 2020 8:00 PM
Comments
We welcome your feedback and encourage you to share your thoughts. We ask that you be respectful of others and their points of view, refrain from personal attacks and stay on topic. To learn about our commenting policies and how we moderate, please read our Community Guidelines.