She spent first 3 months of pandemic in her Manitoulin home community, but eventually had to return to Nashville
Aug 6, 2020 1:00 PM By: Heidi Ulrichsen 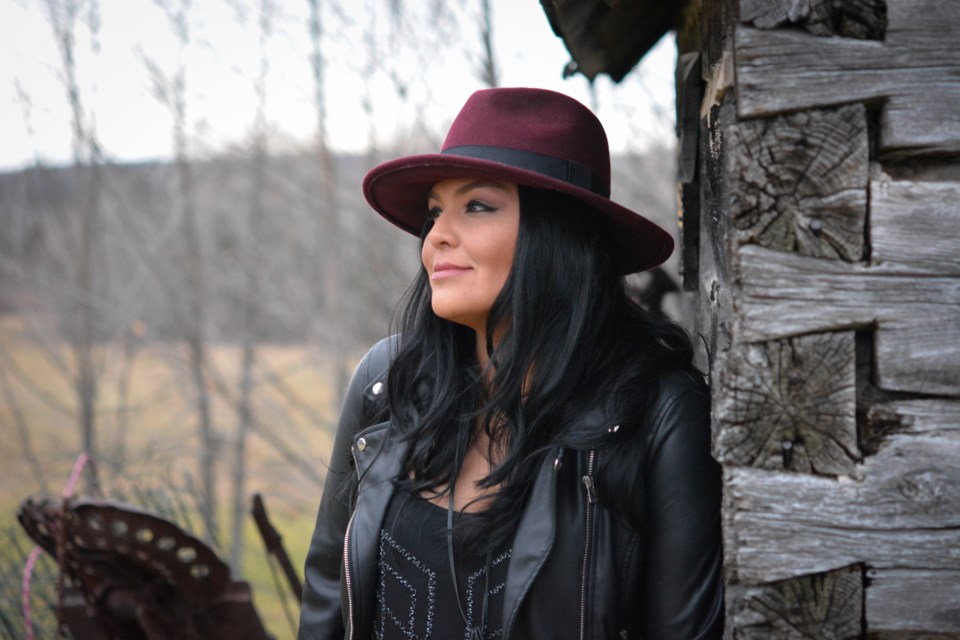 Juno Award-winning blues musician Crystal Shawanda, along with her husband, fellow musician Dewayne Stroebel, and their three-year-old daughter Zhaawande (nickname Zhaa Zhaa) spent the first three months of the pandemic with Shawanda’s parents in her home community of Wikwemikong, on Manitoulin Island.

The family had planned to be on the road performing as they promoted Shawanda’s eighth album, Church House Blues, but the tour had to be cancelled.

Although Shawanda describes that interlude as “weird,” as it’s the longest she’s spent in Wiki in 18 years, it was a time to reconnect with family and her homeland, as well as do media interviews about her new album.

“When I was home on Manitoulin Island, I felt very safe,” Shawanda said. “I was very thankful that I had a place to hide in the beginning of it all, but we had to come home eventually,”

Given their home had been left vacant for months, at the end of May, the family finally returned home to Nashville.

It’s definitely a scary time to be back in the U.S., Shawanda said, given there’s actually 5,000 active cases in Nashville right now.

“I was really overwhelmed with fear coming back,” she said. “Since we’ve been home, as long as we keep to ourselves in our little bubble and continue to play it safe, I think we’ll be just fine.”

She said they’ve filled their time by doing live social media concerts (you can watch one Shawanda and Stroebel did last month from their home below) and spending time in Tennessee's national parks.

Shawanda spoke to Sudbury.com this week while on the road to New Jersey, where she and Stroebel were to perform their first in-person concert since the pandemic began.

She said the “socially distanced” concert was to take place in a football field, where audience members were supposed to sit in circles spray painted on the field.

While Shawanda said she’s doing better than most musicians because her album has been selling well, it’s a tough time for artists.

“Oh, it’s hit the music industry in a huge way,” she said. “Right now, there’s a lot of people leaving Nashville. People are going back to their hometowns. People are quitting music and getting new careers. They have to support their families and pay their bills.

“We know a lot of companies that are shutting down until everything gets back up. It was putting a lot of people out of work, from the bar industry to the festival circuit. Everybody is getting hit pretty hard.

“We feel pretty blessed that we’ve been able to navigate ourselves in a way to where we can continue doing what we do. We’re OK right now.”

Shawanda said she hopes everyone hangs in there, keeps up their spirits, and takes care of their mental health.

Learn more about Shawanda’s latest album and her past work on her website.