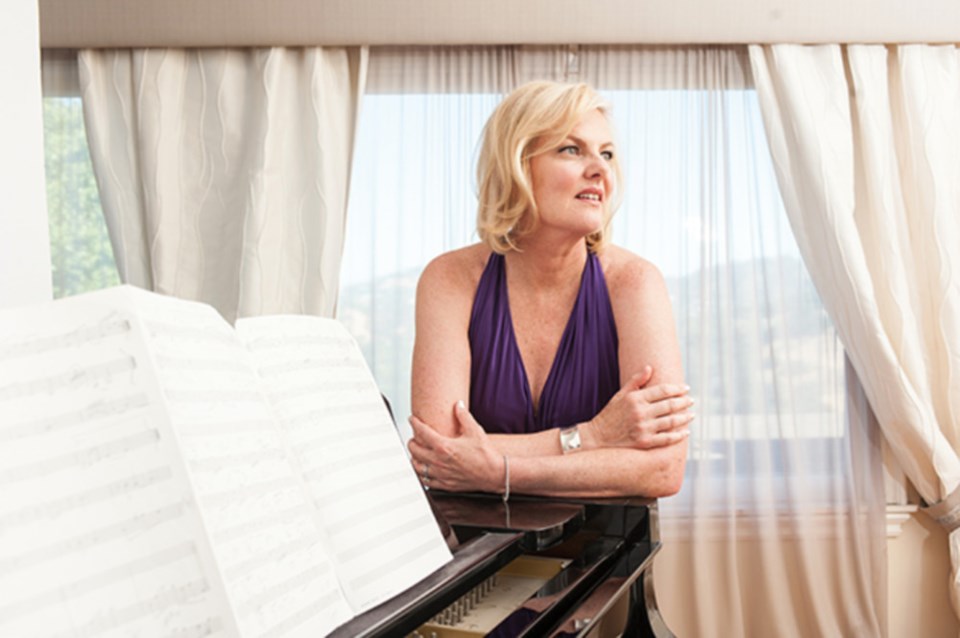 When you look at Juno-nominated Canadian jazz vocalist and pianist Carol Welsman's family, it's really no wonder she ended up becoming a musician.

Her grandfather, Frank Welsman, was the founder and conductor of the Toronto Symphony Orchestra.

The musician's mother, father and three brothers were all musical. Her brother, John Welsman, is a well-known composer for the film and television industry. Her two other brothers had a classic rock band.

“Usually in a family one person will pursue music, but it's really a family of musicians,” she said.

Welsman studied classical piano as a kid, but her parents listened to jazz, and she became fascinated with the genre.

“It was really clear to me in my teens that I didn't have any more passion for anything else than music, so that I was going to go into music for sure,” Welsman said.

She said she's “over-the-moon-happy” to be invited to play at Jazz Sudbury.

“I've been wanting to perform at that festival for many years, so I was thrilled they invited me this year,” she said.

Welsman, who idolizes jazz singers of an older generation such as Ella Fitzgerald and Shirley Horn, usually performs jazz standards with her “own little signature on them.”

“The interpretations of these songs, they're refreshing, because it's like giving them a facelift,” she said. “They're older songs, and we add hopefully little bit of magic to them.”

She does also write original tunes, and will perform some in Sudbury.

Fun fact — a song she co-wrote with friend Romano Musumarra called “Baby Close Your Eyes” was recorded by Céline Dion in 2004. The two actually met for the first time when Dion was just 19, and wasn't even famous yet.

Back to Jazz Sudbury, Welsman will start out on her own, singing and playing piano, but will bring her long-time guitar and bass player on stage as the evening goes along.

“There will be a surprise at the end of the concert,” she said. “That's all I can tell you.”

Welsman said she hasn't performed in Sudbury for about 25 years, but that Nickel City show all those years ago was a memorable one.

That's where she met local musician and graphic artist Tony Jurgilas, who was filling in for her drummer.

Jurgilas, who has promised to take in her Jazz Sudbury gig this Saturday, has done the graphic design on all of her albums and promotional materials.

“We're good friends, and I'm looking forward to seeing him and Wendy, his wife,” Welsman said.

Listen to Welsman singing "Skylark" below.