Joey Niceforo back on a high note

At the end of 2013, Sudbury-born musician Joey Niceforo was at a bit of a low point in his career. For years, he'd poured his creative energy into his musical ensemble, Destino.
Nov 24, 2014 9:00 PM By: Heidi Ulrichsen 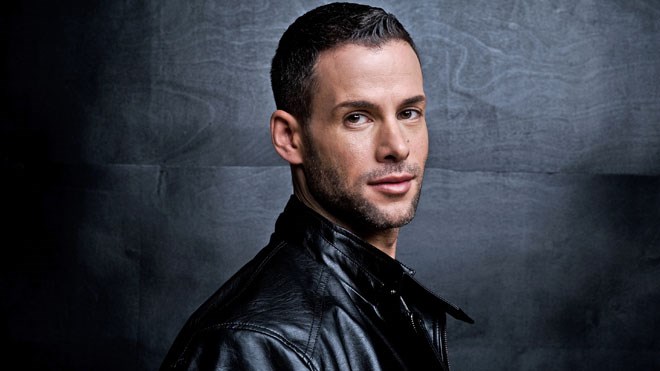 Sudbury-born Joey Niceforo, who recently launched a solo career after years with his group, Destino, is back in town Dec. 3 for a concert. Supplied photo.

At the end of 2013, Sudbury-born musician Joey Niceforo was at a bit of a low point in his career.

For years, he'd poured his creative energy into his musical ensemble, Destino. Mixing modern pop elements with classical opera sounds, the successful group had even performed at the Beijing and Vancouver Olympics.

But with the rest of the band deciding to pursue other opportunities last year, Niceforo was left wondering what was next.

He briefly considered returning to school to become a music teacher. But then a close friend encouraged him to pursue a solo music career, even giving him the financial resources to do so.

“We had to start from scratch,” said 35-year-old Niceforo, a Collège Notre-Dame graduate who studied opera at the University of Toronto.

He decided to record a demo to attract potential managers, and made an appointment with a recording studio in Newmarket, Ont., where he lives.

That turned out to be a lucky break, as the studio is owned by Sam Reid of the band Glass Tiger, who offered to be his manager.

“I was so honoured,” Niceforo said. “He was such a great musician, a great guy, and knows so much about the music business.”

He said his demo CD, entitled “Live Like Horses,” turned out really well, as he put a lot of time and money into the project. Niceforo describes his solo sound as a cross between Josh Groban and Michael Buble.

Many of the songs are cover tunes, while some were co-written by Niceforo and Reid, along with Alan Frew, also a Glass Tiger band member.

But just as things seemed to be going Niceforo's way, personal tragedy struck. His father, longtime Valley East city councillor Joe Niceforo Sr., passed away March 2 at the age of 75.

“Before he died, he said 'You know, son, make sure you make it on your own,'” Niceforo said. “He wanted to see me sing on my own, always. Not that he didn't like Destino, but it's just he wanted to see me on the big stage.”

On Dec. 3, Niceforo will return home to perform a concert featuring his new solo material. In keeping with the season, he said he'll also throw in a few Christmas carols.
Joining Niceforo will be Ukrainian violinist Nadia Kodakovska, pianist Richard Evans and bass player Russ Boswell.

He said he's looking forward to the concert, but at the same time, it'll be tough performing a hometown show without his dad there.

“But I know he's with me — he's with me now, because I feel so blessed and lucky all these things are happening,” Niceforo said. “It's definitely going to be a special, special concert, I think, knowing he's there with me in spirit.”

Tickets cost $33, and are available at the Sudbury Theatre Centre Box office. Phone 705-674-8381 or visit www.sudburytheatre.ca.