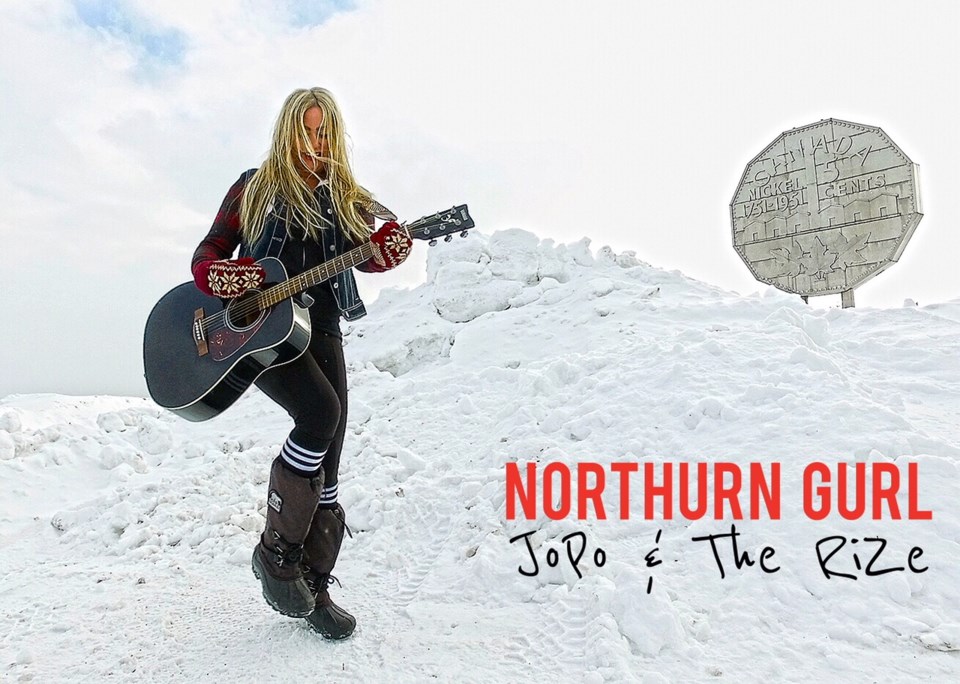 Nickel City band JoPo & The RiZe released their newest single 'Northurn Gurl' today, as a tribute to all Canadians forced to endure the bitter cold of our winter months.

JoPo said she was feeling a bit of the winter blues this past January, so she decided to write a humourous love song about her hometown.

"After writing it, I laughed so hard I thought a funny video was in order, something hilarious, eventful, satisfying - something all Canadians could look forward to during this crazy snowy dark winter," she said.

The music video was filmed the week of Feb. 24, at which point the city was hit with freezing rain, snow and ice pellets in one of the worst storms of the season. Filming in the hail, high winds and snow squalls may have made for an eventful day, but authentically captured "the true essence of what being a northerner is all about," said a press release.

The first scenes were recorded at JoPo's brother's home on Long Lake, after which the group transitioned to a location on South Shore Road to film the fireplace party scene. Following scenes were shot at the Superstack, the Big Nickel, water tower, and other iconic landmarks.

"I like to stay true to my roots ... most of my songwriting is attributed to being a Northerner, to our four seasons, our miners, our veterans, our firefighters," said JoPo.

"Now with 'Northurn Gurl,' it's all about our hometown of Sudbury and what we experence during our cold snowy winters but in a humorous, foot-stompin', story-tellin' kind of way."

Two versions of the single and its music video are being released, one radio and one including graphic language, that can be downloaded on iTunes, CDBaby, Spotify as well as 25 other online outlets.

This release comes a little more than three weeks after the single was recorded with Sudbury artist JoPo on lead vocals and acoustic guitar, Ben Wardo on upright bass, JP Gignac on violic, Joshn Turnbull on drums, and Jamie Dupuis on rythm and lead electric guitar. Recording production was provided by Icedrum Media, with engineering by John Hartman and mastering by Noah Mintz and Lacquer Channel Mastering.

Check out the video below.

Spring must be in the air: Seedy Sunday is this weekend!
0