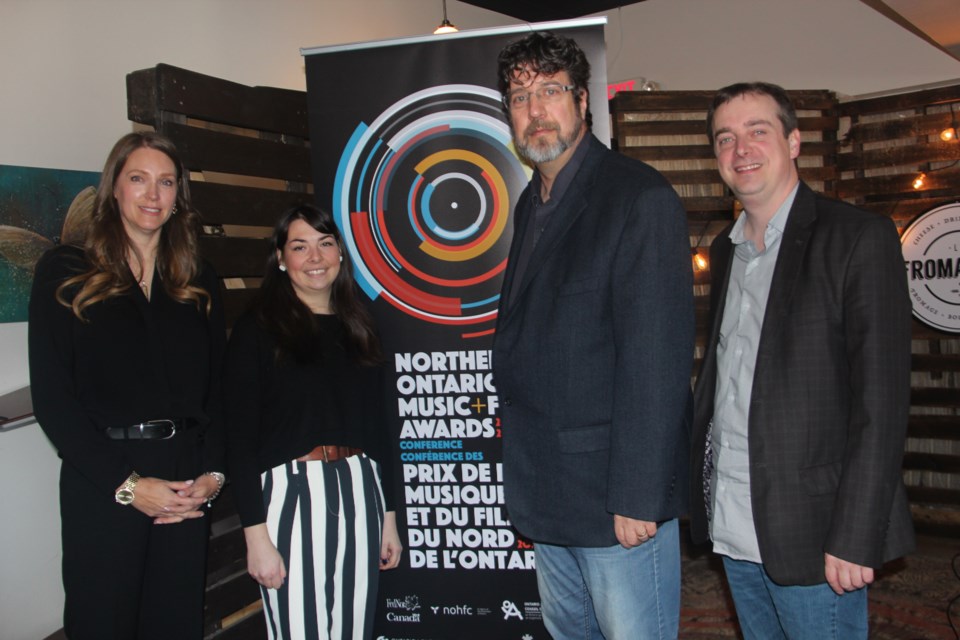 The quality of the nominees for this year's Northern Ontario Music and Film Awards (NOMFA) is “mind-blowing,” said the music outreach officer for Music and Film in Motion, the organization presenting the awards.

Awards will be handed out May 25 in 13 categories for excellence in music, film and television/video on demand.

Speaking at an April 16 press conference where the 2019 nominees were revealed, Jen McKerral said she's excited about the many new names on the list.

“There's a constant flow of really great talent in the north,” she said.

New this year is an award for Outstanding Album by an Indigenous Artist.

“This is something we've developed over the past couple of years along with our new Indigenous Music Mentorship Program,” McKerral said.

“Having a program that specifically develops and recognizes Indigenous talent, it's really important for our region. We have a lot of Indigenous artists. Our goal is to just be more supportive and more of a soapbox for them.”

NOMFA, running May 23-25, is held every two years, and attracts about 1,000 participants. Besides the awards evening, the event includes industry panels and professional development workshops.

“I think the big thing is networking,” said Rob Riselli, film programs and reporting supervisor for Music and Film in Motion.

“Because it's almost that old adage of six degrees of separation. You talk to one person, they know somebody else, and they set you up with somebody else.

“It gives you an opportunity, whether it's developing your script, or finding out where you can record your music, or things along that line.”

And here are the nominees:

Sudbury baker named Cake Designer of the Year at Ontario Wedding Awards
Feb 21, 2020 1:00 PM
Comments
We welcome your feedback and encourage you to share your thoughts on this story. We ask that you be respectful of others and their points of view, refrain from personal attacks and stay on topic. To learn about our commenting policies and how we moderate, please read our Community Guidelines.