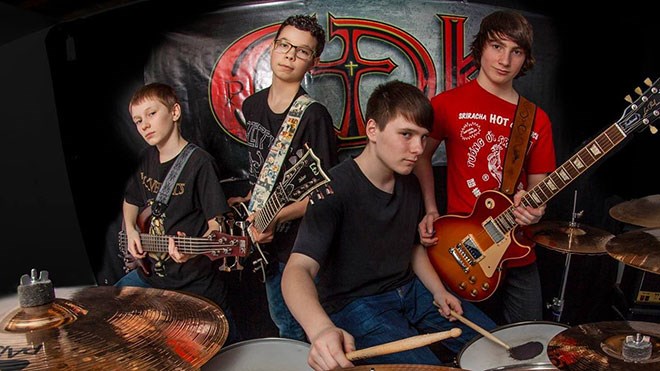 A local youth band recently received a giant shout out from their musical idols - Monster Truck.

CDK The Band, which is comprised of teenage musicians from Val Caron and Chelmsford, caught the attention of the Canadian rock band after a video of the young rockstars performing a cover of Monster Truck's "Don't Tell Me How to Live" was posted on Facebook.

The performance earned the band second place during the Rock N' Roar Spanish Battle of the Bands competition on April 2.

"Way to go guys!!! Reminds me of my battle of the band days!!!" Monster Truck guitarist Jeremy Widerman wrote in a comment under the video.

Monster Truck also shared the video on their Facebook page.

CDK guitarist, Carter Morin, said he called his bandmates as soon as he noticed that Monster Truck shared CDK's video on Facebook.

"It was so exciting," Morin told NorthernLife.ca

"It feels great to know that someone from such a busy band and busy lifestyle would take the time to recognize their fans."

NorthernLife.ca first featured Morin back in 2013, when he was shredding the guitar for Ice Breaker at the age of 12.

As the second place winners of the battle of the bands, CDK will open for the Northern Pikes and Haywire on Aug. 12 at Rock N' Roar in Spanish.

For more information and to keep track of CDK The Band, check out their Facebook page.