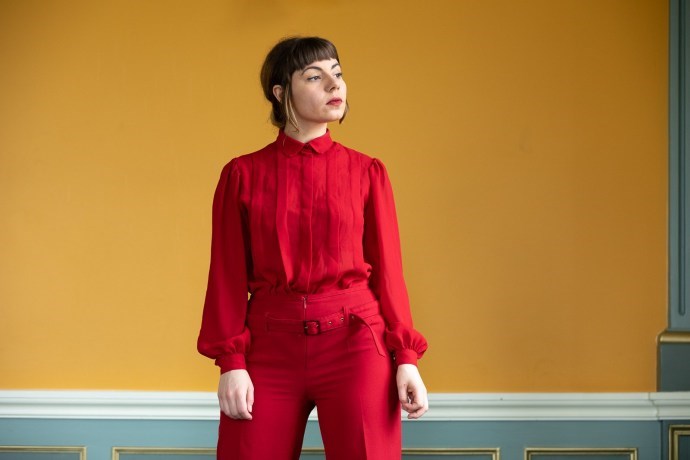 MSEA is an internationally celebrated, Reykjavik, Iceland-based project by Maria-Carmela.

Originally from Sudbury, MSEA lives in a sound world of her own where she explores the boundaries between beauty and discomfort.

She returns to her hometown Saturday, June 22 for a show at Spacecraft Brewery on Notre Dame Avenue along with Toronto band Most People, and local favourite Magic Pelvis.

MSEA's EP “Hiding Under Things” was recorded in Iceland and released in April 2019. An ode to escapism, MSEA now embarks on a short North-American home tour to share her creation.

Her voice is an ever-changing instrument, floating in the midst of soundscape and noise, leading the compositions with fragility and subtlety. There is an element of cut and paste as she adventures into a synthesis of improvisation and structure.

This is MSEA’s second release, following 2017’s EP “Forest Lady.” “Hiding Under Things” also follows the release of her successful and internationally- embraced single “Sex Self,” also released in 2017.

“Her lush, atmospheric compositions are deceptive,” writes Andie Fontaine of the Reykjavik Grapevine about “Hiding Under Things.”

“Just as the wash of keyboards and her ethereal voice draw you in, you begin to feel a gently unsettling undercurrent to the harmonies. At times, it feels as though the slightest vibration could shatter the whole thing into a million pieces, but MSEA maintains the delicate tension of her pieces from start to finish.”

The show starts at 9 p.m. Tickets cost $10 in advance through Event Brite and $12 at the door.

Hungry for hip hop? BLOOM 2 has you covered next week
Feb 26, 2020 9:00 PM
Comments
We welcome your feedback and encourage you to share your thoughts on this story. We ask that you be respectful of others and their points of view, refrain from personal attacks and stay on topic. To learn about our commenting policies and how we moderate, please read our Community Guidelines.