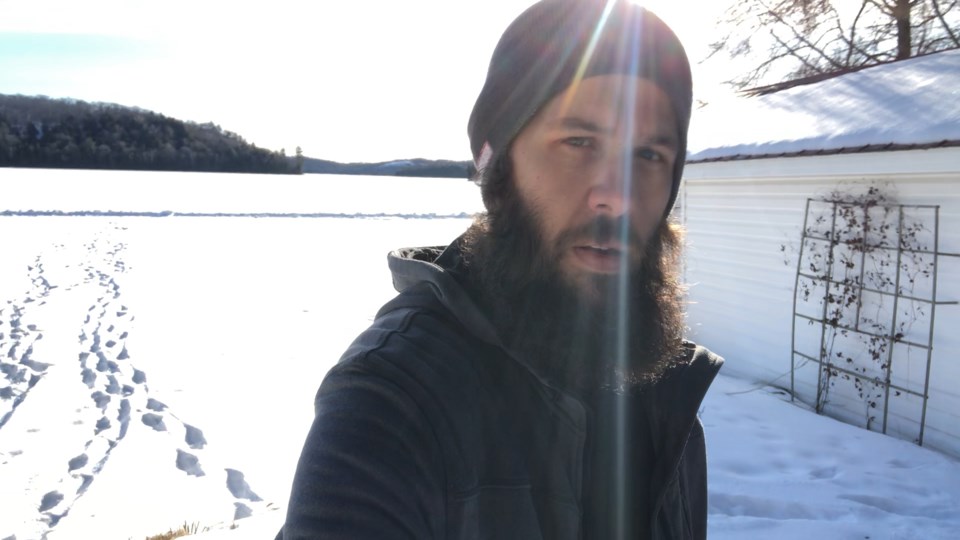 Over the past year-and-a-half, local musician Eric Miron (also known by his stage names, dadBOdd and Malik Miron) has been regularly releasing tracks and music videos.

Last summer, dadbOdd (this is the name the artist is currently using), who describes his style as “alternative glitch rock,” released a concept album called “Malik,” which explores the troubled life of a French-Canadian man named 'Malik'.

DadbOdd portrays the alternate version of himself in the music videos for the album, which depicts a man's struggles with grief, remorse, drugs and alcohol, and infidelities.

In his most recent project, entitled “Manny,” the musician explores how the character Malik’s wife, Manny, deals with their breakup.

The songs are written from Manny’s perspective, but the videos showcase how Malik has been dealing with the separation. The songs will eventually be included in a “Manny” EP.

A press release said in this track, the musician “crafts a banger of a beat with a driving guitar riff surrounded by reverb drenched synths and psychotic screams. The music lends itself very well to the story behind the track.”

“As far as the story (in Can/t), it’s about Malik the character, his wife and her struggle, between getting involved in a rebound fling after their separation,” dadbOdd said.

“The whole idea of 'Can/t' is I can do it, but I shouldn’t. I can’t but I can — that inner struggle that she’s having, between wanting to do it and realizing that ‘No, I have to focus on myself and fix myself first before I do something like this.’”

If Manny is the hero, Malik is the antagonist, said dadbOdd’s press release. He is in a brutal cycle of self-destruction, which is very clear in the official music video.

You can watch the video for “Can/t” below. Please note that viewer discretion is advised, as it explores mature themes such as substance abuse and sexuality.

DadbOdd was originally working with a local videographer to create the music videos, but he’s since started producing them himself.

“Because of COVID just the difficulty of getting together with the actors, I decided to go about it alone,” he said.

“It’s a bit more of a guerilla style of filmmaking technique. I’m using my phone to film everything, and I’m using a GoPro to do big shots.

“The videos now have a little bit more of a story to them. There’s more going on. Now I’m telling an entire story. They get pretty graphic. They’re definitely an 18+ type of music video. This character makes some pretty poor choices, so it’s been fun to explore that.”

You can learn more about dadbOdd’s music on his Facebook page.

Check out ‘Tales on the Trails’ program as part of Reading Town Sudbury
May 4, 2021 7:00 PM
Comments