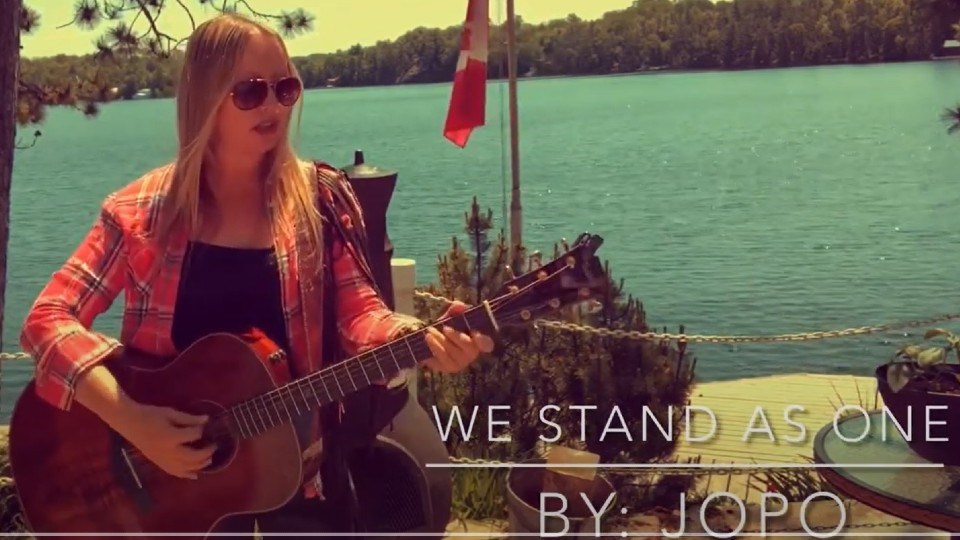 With many friends among the members of Steelworkers Local 6500 members, local singer-songwriter Joanne Polack (known by her nickname JoPo) has already come out with a song in support of the striking Vale workers.

You can watch the video of her performing the piece, “We Stand As One,” below:

Local 6500 members went on strike June 1 after rejecting a five-year collective bargaining offer from Vale. The company and the union remain in negotiations.

The last time the workers were on strike was, of course, the year-long labour dispute that lasted from July 13, 2009 to July 8, 2010, an event that remains very fresh in the minds of Sudburians.

“I do have many close friends that work at Vale that are currently on the picket lines,” JoPo said, adding that she wrote the short song in just one night as the words “poured” out of her.

“It has definitely touched my heart. I decided to write a song to show my support to all of those men and women who are currently on strike and walking the picket lines as we speak.”

The local musician has written ripped-from-the-headlines pieces in the past, including about the Parry Sound 33 forest fire back in 2018 and the teachers’ strikes in early 2020.

The latest piece about the 2021 Local 6500 strike, which references folk singer Pete Seeger’s cover of a classic union song from the 1930s “Which Side Are You On?”, speaks about the importance of standing in solidarity with the men and women who are on strike.

It also speaks to how the elders of our community have also walked the picket lines in the past.

“I really just hope everybody in the community gets behind the strike and shows their support,” JoPo said. “Like I say in the song, many of our grandfathers and fathers walked the picket line throughout the years."

She said she’d love to get the chance to perform the piece for the Steelworkers, COVID restrictions pending, of course.

Lyrics to “We Stand As One”

In solitary we stand as one,

Our fathers and our grandfathers

While their wives and our children

Stood by their side

We’ll stand up for what’s right

Sacrifice for our rights

Which side are you on

In solitary we stand as one,

In SOLIDARITY, we stand as one!!!!