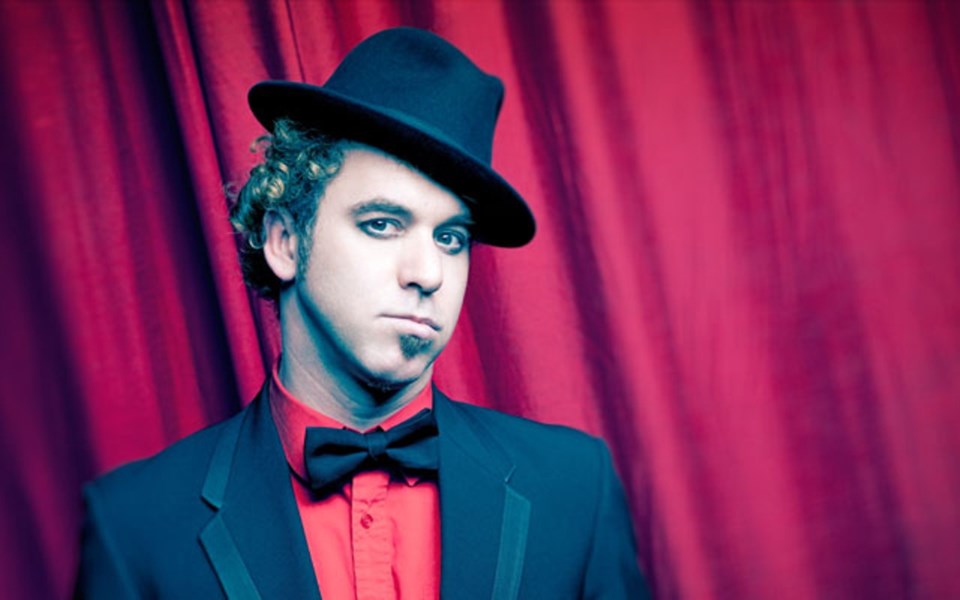 Described in a press release as a “musicians’ musician,” C.R. Avery is admired by and has performed with Tom Waits, Ani DiFranco, Utah Phillips, Sage Francis, and others.

Avery has toured ruthlessly throughout North America, Europe, and Australia with his rock & roll punk ensembles, hip-hop circuses with 12-bar blues high-kicks, and his infamous string quartets and burlesque revues.

Although originally from the Ottawa region, he has become a strong ambassador for Vancouver’s east side.

Avery is an artist who cannot be pinned down and divided up into neatly organized genres and artistic mediums. His strength is in his varied approach to artistic expression, which allows him to move effortlessly through song, poetry, beatboxing, playwriting and even “hip-hop” opera composition.

Despite the varied approach to the arts, Avery’s work is still very much obsessed with the written word and the power that a carefully crafted phrase can wield over an audience.

The acclaimed wordsmith was heavily involved in the slam poetry scene on the west coast and even went on to win a Canadian Festival of Spoken Word (CFSW) competition in 2004, as well as being acknowledged at later competitions.

His diligent attention to his craft has resulted in the exponential growth of his body of work over the years. He has released at least 17 albums and has written/directed three musicals that have been produced in New York, L.A, Seattle and San Francisco.

His attitude is that of a troubadour in the traditional understanding. An artist who seems to feel at home on the road, singing songs and reciting words that tell deeply human stories of triumphs and rock bottoms.

One certain thing is that you will never see a show like his, the press release said.

Tickets cost $20 each, and are available online through the festival's website.