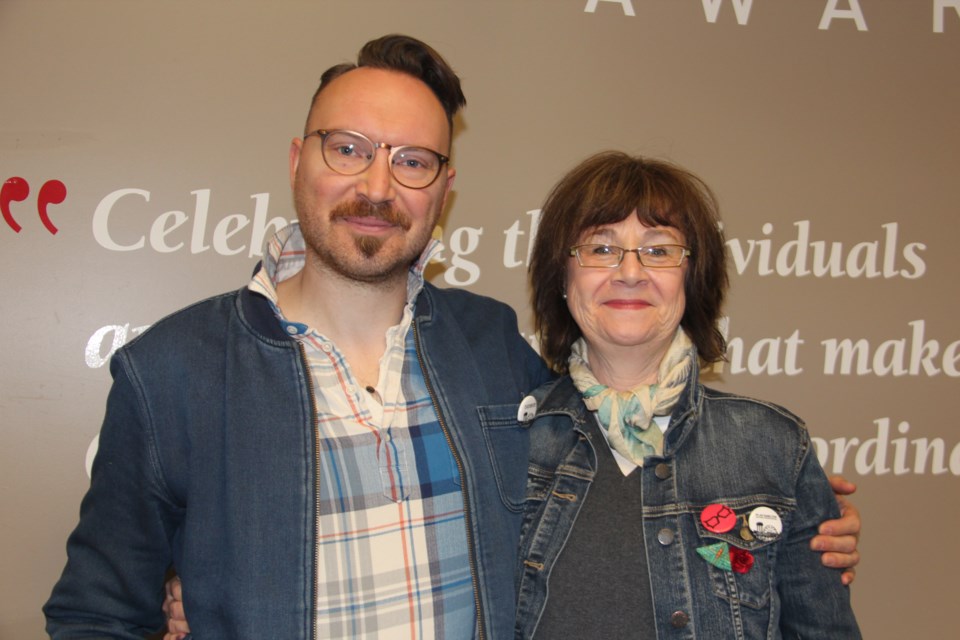 About two decades ago, when Eric Rose was in his early twenties, he and a group of friends went on an ill-fated camping trip on Long Lake.

Rose ended up in hospital after being struck by lightning while still inside his tent.

It was a bizarre incident in Rose's life that's now become the inspiration behind his play, “Struck,” which is being workshopped at PlaySmelter 2018, Sudbury’s annual week-long festival of new theatre work.

“Struck” is being staged twice, on both May 2 and May 4 in the evening. Don't expect a full-blown production, as this is a workshop performance for a play still being fine-tuned.

Rose, who grew up in Lively and attended Sudbury Secondary School, is now the artistic director of Ghost River Theatre in Calgary, Alberta.

The nearly 40-year-old said it's only fitting that “Struck,” which he describes as a coming-of-age story, is being workshopped in the town where he grew up and the mishap that inspired it occurred.

He said he appreciates the help in turning what was up until now just “a great bar-room tale” into something more.

Pat the Dog Theatre Creation, which puts on PlaySmelter, is doing great work in putting northern stories on the stage, he said.

“That, I think, is really powerful, and I'm happy to be a part of that conversation,” Rose said.

This is the first time Rose has been back home for 15 years.

“Sudbury holds a kind of special nostalgic power for me,” Rose said. “There's so many fantastic people — people I grew up with and went to high school with who are great artists.

“To come back and collaborate with them, to share my experience from being away for awhile and to understand where Sudbury is right now is kind of a rare and unique opportunity in one's life.”

When asked about “Struck,” Pat the Dog artistic director Lisa O'Connell said “I love it to pieces,” adding she's thrilled Rose was able to make the time to come to Sudbury to take part in PlaySmelter.

“Struck” is a “truly made-in-Sudbury story,” she said.

There's also plenty of other performances and workshops happening during the festival, which includes four main-stage shows and three readings.

A press release said that visiting for the first time from Whitehorse, Yukon will be Gwaandak Theatre with its mesmerizing performance of "Paradise" by award-winning playwright Patti Flather.

Accompanying the main stage presentations will be collaborations with YES Theatre on a workshop of a new musical and Le TNO on an English translation of Miriam Cusson’s "Parmi les éclats," hot off a recent local production in French.

Rounding out the programming will be staged readings of three new plays by local writers and a host of invigorating conversations with national and international artists on the realities of creating theatre in the north.

O'Connell said this year's PlaySmelter is the most ambitious yet. “We're running six full days,” she said. “We're at Sudbury Theatre Centre and we're using every space in the theatre.”

You can purchase tickets — which range in price from $15 to $85 (the latter buys you an all-access pass) — and view PlaySmelter's full schedule online at playsmelter.ca.