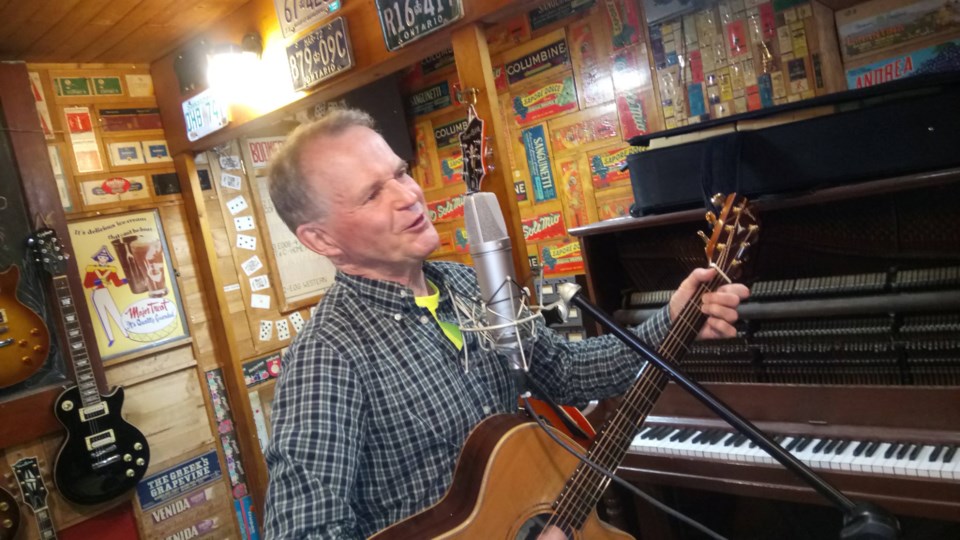 John Closs worked as a carpentry instructor at Cambrian College before his retirement.

But all along, he's also been a musician, singing and playing the guitar. He's part of couple of local bands, including Angels Local #23, performing such classics as “Which Side Are You On?” at labour functions.

Along with Michael Kelly, he also plays in a group called Marjins, which has performed at various local events, including as part of the Peter Schneider Concert Series in Bell Park in 2019.

Closs also writes his own songs, and in his retirement, he has just come out with his first EP, “Horizons.” The folk-Americana style album contains five songs, some of which have labour themes.

“Powder,” for example, is about a miner suffering from the health effects of McIntyre Powder. Between the 1940s and 1980s, miners were forced to breathe in the aluminum dust that was thought to prevent silicosis.

Closs said he never expected to record an album — his job with Cambrian, not to mention his labour activism, took up a lot of his time. “Since I retired, I kind of started to take up music more seriously,” he said.

Recording his music has been “a lot of fun,” said Closs, who recorded the EP locally through Cosmic Dave's.

“I've been just having a hoot throughout the whole thing,” he said.

“It's something that you never think of doing, but as you kind of develop, then it comes to the point where you say 'I guess that's the next step … That's the next think I can do.”

If you'd like to see Closs in concert or purchase his EP, you're invited to the launch party for “Horizons” on Saturday, Jan. 18 from 4-6 p.m. at Lounge 390, located in the Quality Inn on Elgin Street.

A $10 cover charge gets you snacks and a copy of the EP. In case you can't make it out and are interested in purchasing the album, contact Closs at jhcloss@gmail.com.

The EP is also available digitally on platforms including iTunes and Spotify.