But festival says it will find ways to keep the campfire burning this summer
Jun 19, 2020 10:00 AM By: Sudbury.com Staff 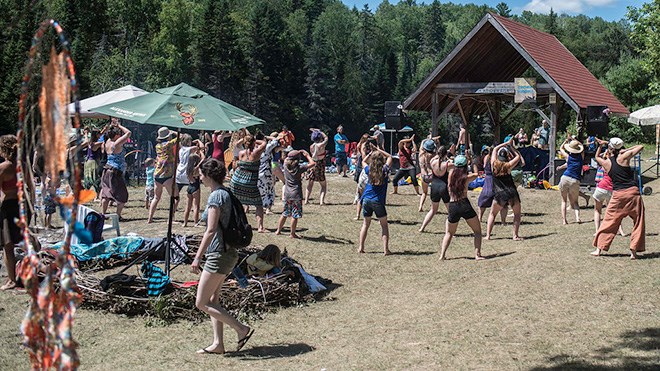 River & Sky Music/Camping Festival has announced that the 2020 edition of the festival, which was supposed to take place July 22-26, is officially cancelled.

“We know many of you had been holding out hope… but finally, we’ve received a clearer picture from the province with their announcement of Stage 2 guidelines,” said a press release from the festival organizers.

“So it's with heavy hearts, we’re announcing that there won’t be a River & Sky Music/Camping Festival as we’ve come to know it, this upcoming July 22-26.

“We want to thank all the people who bought planning ahead passes – some even during the pandemic – for supporting the festival. Your faith in us is touching and inspires us to work harder! We are preparing to offer full refunds for your passes.

“If you are able to donate your ticket purchase, or a portion of your purchase, back to R&S we would very much appreciate the gesture and your money will help to ensure a solid future for R&S.”

The festival also announced that Peter Zwarich, who founded the festival with a group of friends in 2009, and has led the festival ever since, will be stepping down from the role.

Zwarich has taken a job as senior program officer with one of the festival’s funders, Canadian Heritage, in its cultural spaces program.

“We wish him well on his adventures,” said the press release, adding that Zwarich will continue to help out with future editions of the festival.

With Zwarich’s departure, Abigail Cassio is taking on the role of executive director and Shawn Kosmerly that of artistic director.

“Both of our new leads have a background working with River & Sky,” said the press release.

“Abby worked at the festival last year as festival intern and is a recent graduate of Ryerson University’s Creative Industries program.

“Shawn has played the festival as an artist in multiple bands, recorded it as video lead, and recently took on the job of music programming lead (we are really bummed that we won’t be able to see his wicked 2020 line-up).

“He is a graduate of Humber College’s Motion Pictures and Film program and has his own production company Here Kitty Kitty Productions.”

While the 2020 edition of the festival is cancelled, people are asked to stay tuned to their email and R&S social media channels for exciting news on ways the festival will be supporting artists and keeping our community campfire burning online.
“Take good care, keep your spirits up, and know that we are all doing the right thing to ensure our safety and well being.” said the press release.

“May the spirit, memory, and anticipation of many happy R&S’ be with you at this time. With love from all of us at R&S.”