Ryan Reynolds and Richard Dreyfuss up for northern awards

With more and more large film productions choosing Northern Ontario as the backdrop for their movies, the 2015 edition of the Northern Ontario Music and Film Awards (NOMFA) features a few A-list celebrities among its nominees.
May 7, 2015 1:27 PM By: Heidi Ulrichsen 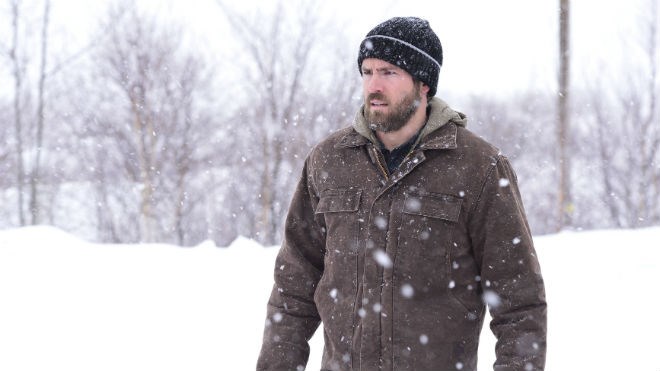 When actor Ryan Reynolds was in Greater Sudbury in 2013, shooting The Captive, he generated a lot of interest among locals. He's now been nominated for a Northern Ontario Music and Film Award for his performance in the movie. Supplied photo.

With more and more large film productions choosing Northern Ontario as the backdrop for their movies, the 2015 edition of the Northern Ontario Music and Film Awards (NOMFA) features a few A-list celebrities among its nominees.

That includes Richard Dreyfuss for the 2013 flick Cas & Dylan, and Ryan Reynolds for the 2014 movie The Captive. Both films were shot, at least partly, in Greater Sudbury.

“That is part of Northern Ontario film production now,” said NOMFA organizer Tammy Frick. “Ten years ago, we didn't really have the bigger films up here filming on a regular basis. Now they are part of what the industry looks like for us. So we want to celebrate that as well.”

But most of NOMFA's nominees are, of course, northerners.

“It's really to showcase northern talent,” Frick said. “We've come a long way when it comes to cultural development, and it gives an opportunity just to celebrate our true talent.”

The 10th edition of NOMFA — put on by Music and Film and Motion May 28-30 — comes after a two-year hiatus, during which time its parent agency became a division of Cultural Industries Ontario North. The awards will be handed out every two years from now on, meaning a deeper pool of talent to choose from, Frick said.

Northern Ontario's arts industry is thriving, and NOMFA is a way to celebrate and foster its development, said Frick.

“We need to keep it rolling,” she said.

As such, NOMFA is more than just an awards program — it's a gathering for those in the music and film industries.

The Canadian Songwriter Challenge, taking place at Collège Boréal May 27-29, gives songwriters a chance to co-write and record songs with the help of established industry mentors Kat Burns and Spencer Burton.

As well, from May 6-22, NOMFA will be taking pitches from those interested in taking part in a one-day workshop to produce a music video for Rose-Erin Stokes' single “Not Alone.”

The conference's industry panels and professional development workshops — featuring topics including getting your music into movies and seeking brand sponsorships — start May 28 and continue until May 30.

NOMFA's main event — the awards show — takes place during the evening of May 30 at the Sudbury Theatre Centre.  After all of the awards are handed out, NOMFA wraps up with a rockin' party at Fuse Nightclub starting at 10 p.m., featuring Canadian rock icons The Trews, as well as Sudbury bands Carden Cove and The Almighty Rhombus.

Best vocal performance on a recording – Lia for “No Good for Me,” Mike Charette for “Revolving Door,” Rose-Erin Stokes for “Break.”

Best songwriter – Kalle Mattson for “A Love Song to the City,” Mimi O'Bonsawin for “Brave,” Murder Murder for “Diana.”

Best album by a solo artist – The Blazing Elwoods “Don't Sell the Car,” Kalle Mattson “Someday, The Moon Will be Gold,” Rose-Erin Stokes “Not Alone.”