Seriously?! Jeff Dunham and his politically incorrect puppets are headed to Sudbury 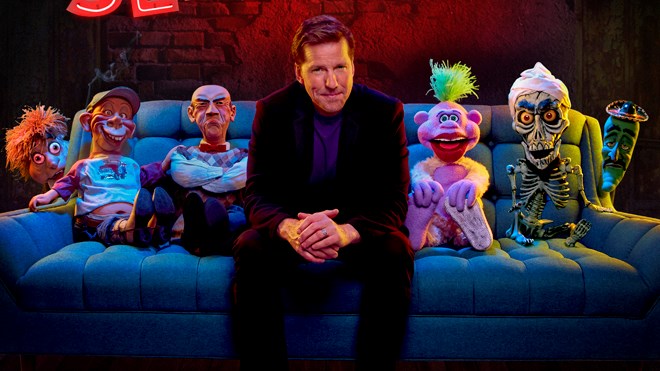 Accompanying him on stage will be his onslaught of protégés, Peanut, Walter, José Jalapeño, Bubba J., Achmed the Dead Terrorist and his newest character, Larry.

For more than 30 years, Dunham with the help of his crew of companions has crafted a unique style of comedy and ventriloquism that has made him a household name. He has also been credited with reviving the art of ventriloquism, alongside his less than politically correct characters.

Although he has had much success in the comedy world, Dunham has humble beginnings. He began performing as a teenager in his home state of Texas at his church and school, while learning the ropes as a live performer.

While Dunham has made numerous television appearances over his career, he says his big break came after appearing on The Tonight Show with Johnny Carson on April 6, 1990.

Along with his new tour, Dunham's latest Netflix Originals special "Jeff Dunham: Beside Himself" was released this past September. This special marks his eighth comedy special, and his second with Netflix.

The special was filmed at the American Airlines Center in the comedian’s hometown of Dallas, Texas, and marks the first time audiences got to meet the latest addition to his act, "Larry". Larry is President Donald Trump’s personal advisor and brings his wacky tales from the office of the president to the stage.