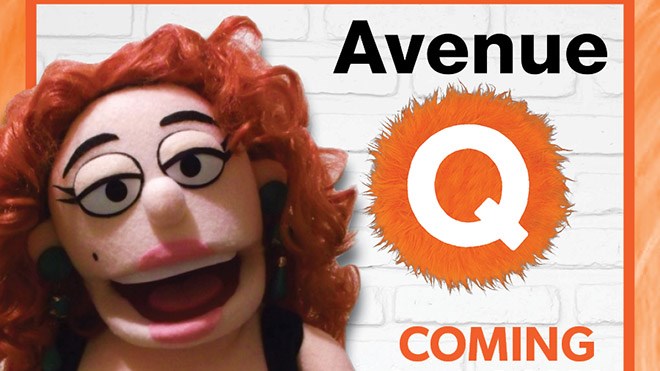 Sudbury Performance Group (SPG) has announced its offerings for the 2019-2020 season.

After SPG’s successes with a full slate of theatrical productions this past season—the rock opera “Godspell,” the razzle-dazzle spectacle of “Chicago,” and the group’s premier dinner theatre production of “The Ladies Foursome” — the group has decided to once again stage an all-encompassing lineup of theatre offerings, said a press release.

“We put a lot of thought into this season,” said Mark Mannisto, president of SPG. “We wanted to be able to stage theatre offerings that would appeal to different demographics, while at the same time entertain a wide range of audiences,” he adds.

On the family-friendly side of the spectrum, SPG will stage the fun-filled musical, “All Shook Up,” inspired by and featuring the songs of the king of rock ‘n’ roll himself, Elvis Presley.

Loosely based on Shakespeare’s Twelfth Night, this hip-swiveling, lip-curling musical fantasy will have you jumpin’ out of your blue suede shoes with such classics as “Heartbreak Hotel,” “Hound Dog,” “Jailhouse Rock,” and “Don’t Be Cruel.”

A parody of “Sesame Street,” the musical comedy features puppets and human actors.

Part flesh, part felt, and packed with heart, “Avenue Q” is the laugh-out-loud musical that tells the timeless story of a bright-eyed college grad named Princeton. When he arrives in the city with big dreams and a tiny bank account, he has to move into a shabby apartment all the way out on “Avenue Q.” Still, the neighbors seem nice.

There, he meets Kate (the girl next door), Lucy (the floozy), Rod (the Republican), Trekkie (the Internet entrepreneur), superintendent Gary Coleman (yes, that Gary Coleman), and other new friends! Together, they struggle to find jobs, dates, and their ever-elusive purpose in life.

On the dinner theatre side of things, we will be staging the raucous Doug Stone comedy, “Sealed for Freshness.” Doug Stone has set his play in 1968, during the heyday of Tupperware parties. Hostess Bonnie invites a group of neighbors over for a party.

The guest list: perky, rich Jean, Jean’s cranky and very pregnant sister Sinclair, ditzy blonde Tracy Ann, and new neighbor Diane, who’s made quite a career selling Tupperware, but at the expense of her marriage.

The mix of personalities and the number of martinis consumed lead to a great deal of absurd hijinks, plus revelations of an equal number of secrets and insecurities.

Along with staging these productions, SPG’s artistic committee, comprised of Angel Mannisto, Jeff Burton, K.C. Rautiainen and Tara Hawkes, are also looking for people with some theatre experience who are interested in learning the art of directing.

“We are looking for creative individuals who may be interested in taking part in a production as assistant directors,” said Angel Mannisto, chair of SPG’s artistic committee.

“As part of SPG’s mandate to help train and educate people in the arts, this may be an opportunity right up someone’s alley.”

Sudbury Performance Group’s auditions for its 2019-2020 season will begin in early fall.

For more information on any of the productions, or for information on applying to be an assistant director, visit Sudbury Performance Group’s website, phone 705-662-8518, or email.