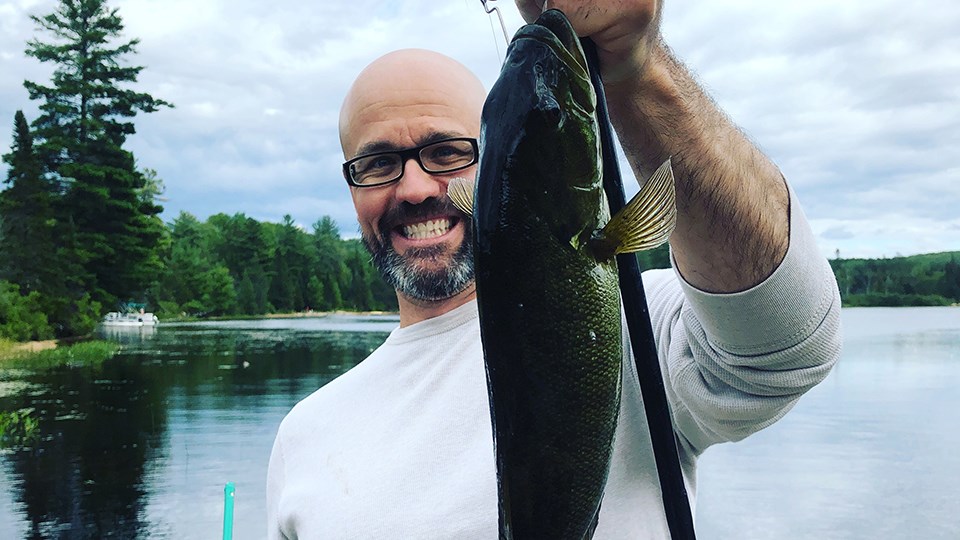 Jeremy Dunton wrote and narrated an end of summer story that families are phoning in to listen to through a hotline setup by FreeConference.com. (Supplied)

A Sudbury writer's work is warming the hearts of families around the world.

Jeremy Dunton was invited to write and narrate an end of summer story for FreeConference.com.

Each year, the phone conferencing company opens a hotline for kids to phone in and hear a Christmas story.

With the bizarre summer surrounding COVID-19, the company wanted to share some cheer as summer came to an end.

"I write occasionally for their blog," Dunton told Sudbury.com. "So I pitched this idea and they liked it."

Instead of dwelling on the summer that never was, Dunton wanted to remind families about summers past.

Rearview Mirror is a heartwarming memoir of summer camp, told from the vantage point of the bus driver.

"I used to go to camp every summer," Dunton said. "A lot the clichés that I added to the story were really just from my summers as a kid."

"Every year on the way home from camp everyone was always asleep because we spent the whole week canoeing, doing pottery or doing something outside."

"On the bus ride home from Camp White Pine everyone was asleep."

"It was one of those magical moments of silence so I thought it would be an interesting perspective."

Thousands of families from Canada, the U.S. and U.K. have been phoning the hotlines to listen to Dunton's End of Summer Story.

"I am genuinely delighted that anybody, especially from countries that I haven't even visited, are calling in to listen to my story."

"I hope they enjoy the story as much as I enjoyed writing it."

You can enjoy this short story for free by phoning: