Sudbury boy has One Good Reason to make films

For the last 14 years, Scott Sawyer has been hammering out an existence in the big city, finding his place within Toronto's film industry.
Jul 23, 2012 3:47 PM By: Jenny Jelen 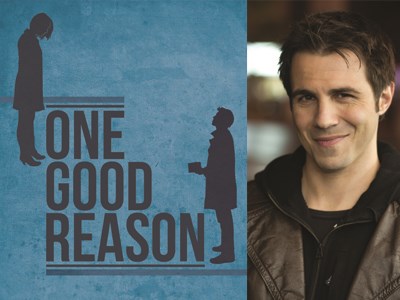 Hometown boy Scott Sawyer wrote and starred in One Good Reason. Writing films was his way of ensuring he would have good roles to play. Supplied photos.
For the last 14 years, Scott Sawyer has been hammering out an existence in the big city, finding his place within Toronto's film industry.

The hometown boy made the move after dabbling in theatre during his final year at Laurentian University, where he was originally studying to become a policeofficer. Always a “creative type,” he decided to take the plunge into a career in the arts when he was “uninspired” by his previous choices.

“I moved to Toronto on the whim,” he said. The move proved to be a smart one for the former South End resident.

“In Toronto, I studied with independent acting schools and was hooked,” he said. “ I quickly got a sense of the industry and climate in Toronto and didn't trust it to look after me.

"I decided that writing and producing was the one way I could ensure that I would have acting roles and good ones at that, and that I would have some control over my life — which was a cute notion in retrospect because even when you get a movie done, there's no guarantees.”

While he said he misses home from time to time, Toronto is still where the action is — for now. Sawyer said he'd like to come home for his next project.

“Sudbury, aside from being rife with amazing shooting locations, has something going for it that Toronto does not: it is genuinely excited about film,” Sawyer stated.

“It hasn't been used and abused and inundated with productions that eventually become part of the common landscape. It's not filled with people who have gotten into it with big dreams and learned that it can be an absolute grind. It is getting its first tastes of film, and Toronto will never have the sense of community that Sudbury does.

"It isn't bound by long-established and often flawed mentality — it can create it's own stories. So, if handled carefully, great art and film can be made here. I'm betting on it.”

Coming home may happen sooner than later for Sawyer, as his latest feature is now complete.

One Good Reason is the story of a “frustrated, uninspired writer” who misses his opportunity to meet a beautiful stranger. He gets a second chance, but it means he has to invade her privacy — in the form of her diary — to do it.

Next up is coming back for the “home-ice” advantage of filming in Sudbury.

“There is a sense of empowerment I feel when picturing myself close to my family,” he said.

Sawyer wants his next piece to be one that gets others excited about Canadian film, and there's no better place to do that than “home.”