Sudbury native records at studio made famous by Beatles

If somebody had told Sudbury-born musician Joey Niceforo two years ago he'd record a solo album at the famed Abbey Road Studios in London, England, he wouldn't have believed them. But that's exactly what happened earlier this month.
0
Oct 22, 2015 2:57 PM By: Heidi Ulrichsen 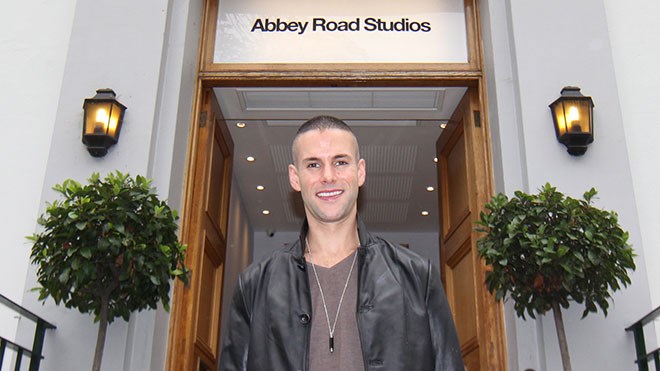 If somebody had told Sudbury-born musician Joey Niceforo two years ago he'd record a solo album at the famed Abbey Road Studios in London, England, he wouldn't have believed them.

But that's exactly what happened earlier this month. “Never in a million years I would have thought I'd be doing this,” said 36-year-old Niceforo, a Collège Notre-Dame graduate who studied opera at the University of Toronto.

At the end of 2013, Niceforo was at a bit of a low point in his music career, as the other members of Destino, the successful group of singers he'd belonged to, had left to pursue other opportunities.

After briefly considering going back to school to become a music teacher, Niceforo recorded a solo musical demo in Newmarket, Ont., where he now lives, in an attempt to attract potential managers.

That turned out to be a lucky break, as the studio is owned by Sam Reid of the band Glass Tiger, who offered to be his manager.

Reid has now taken Niceforo under his wing, and this past March, the two visited Nashville and Los Angeles to meet with songwriters and producers.

A number of award-winning industry professionals, including songwriter Diane Warren, producer John Jones and arranger Steve Sidwell, came on board. Between them this team has won Oscars, Grammys and Junos.

“Next we decided what songs we had to do and where we wanted to record,” Niceforo said. “The idea was thrown out that we could do something at Abbey Road with a full orchestra. I was thrilled at the thought.”

In case you've been living under a rock and are unfamiliar with Abbey Road, the Beatles recorded their albums there, and even named one of them after the studio. Other world-class acts have recorded there over the years too.

In fact, the soundtrack to the new James Bond film was being recorded at Abbey Road at the same time as Niceforo was there. He said he was so nervous the night before the recording sessions that he couldn't sleep.

“It's just a lot of pressure,” said Niceforo, who recorded along with a full orchestra. “You want these people in the room to respect you and think you're good, and you don't want to let anybody down.”

He said his new album, which will likely be released early this winter, features a mix of pop and operatic elements.

“If I didn't like a song or I didn't feel it, I didn't want to do it, because I had to believe the words,” Niceforo said.

“I don't like faking singing, where you have to fake an emotion. That was really cool, that I got to choose every single song I recorded.”