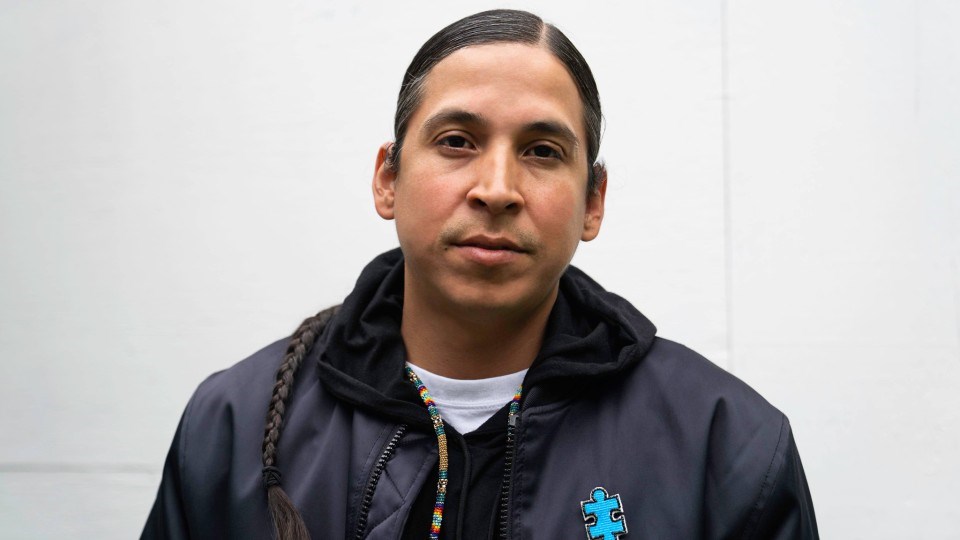 Sudbury's Bryden Gwiss Kiwenzie became an overnight success when his first album, Round Dance & Beats, was nominated for two Indigenous Music Awards and a Juno in 2017. The first run of 2,000 CDs sold out quickly and went into a second pressing.

Now recording as Bryden Gwiss, he has a brand new 10-track release, The Forgotten T.R.U.T.H.: The. Real. Un. Told. History.

Kiwenzie dropped a promo video for that album back in August. Check it out here.

The 36-year-old created the drumming, music and lyrics for all the tracks, which fuse traditional powwow singing and drumming with hip hop and dance beats.

His plan for a launch party in May at the Sudbury Theatre Centre was cancelled because of the pandemic. Finally, The Forgotten T.R.U.T.H had a soft launch on social media in mid-August. Part of the launch was a short live performance on Facebook.

It is available on CD and for downloading at Amazon Music, TikTok, Apple Music and Spotify.

Kiwenzie was a performer on the powwow trail for a number of years, but he didn't pursue a recording career before Round Dance & Beats. That album was recorded and mixed on Kiwenzie's iPhone. His second release was also recorded on his phone, but mixed at Tribal Spirit Music in Quebec.

Of Ojibwe, Odawa, Potawatomi, Delaware, Oneida and Mi'kmaq ancestry, the title track tells Kiwenzie's story about growing up on the Neyaashiinigmiing reserve, formerly Cape Croker in Bruce County, and tackles issues including residential schools and the Sixties Scoop.

His grandfather was sent to a residential school and was "afraid" to speak his Ojibway language, Kiwenzie said. His parents were proud of being Indigenous and made sure he was exposed to his language and traditions.

The self-taught musician's parents took him to powwow traditional gatherings and he began to learn dances. In fact, he danced at the 2010 Vancouver Olympics opening ceremonies. Later, he was inspired by his mother's musical family, who live in Wiikwemkoong on Manitoulin Island.

Kiwenzie hasn’t escaped tragedy or health scares. Before he was 10, he survived several house fires, the suicide of his uncle and heart surgery. As he got older, he mourned friends who died in impaired driving accidents, and he heard stories of young men who simply disappeared.

In contrast to the fiery title track, which is the last song on the album, the first track, “I Can't Wait,”  was inspired by love. It was written for his wife, Tara. The couple have been together for more than a decade and married last year. The bride heard the song for the first time as she walked down the aisle.

The artist is often asked to speak about his music and his culture, and has lectured about First Nations traditions to students at Cambrian College and Laurentian University.

In 2017, Kiwenzie attended the Juno Awards in Ottawa where he met Prime Minister Justin Trudeau, Canadian musical icon Buffy Sainte Marie and comedian Russell Peters. His mother made him a beaded tie and bow tie to wear to the festivities.

"It was quite the experience, that's for sure,"  he said. "After that, I got thrown into the music industry. I had never performed on stage before.”

Since then Kiwenzie has performed at festivals around the province, including Northern Lights Festival Boréal and most recently was featured in the Up Here Festival virtual pop up concert offerings.

What's next for the father of two? Like everyone, he is waiting for life to return to normal. In the meantime, Kiwenzie is working on his music and taking care of his family.