Theatre Cambrian, Sudbury’s community theatre for the past 27 seasons, is pleased to announce its growing subscription packages – available to the public at discounted prices.
Jun 4, 2012 6:50 PM By: Sudbury.com Staff 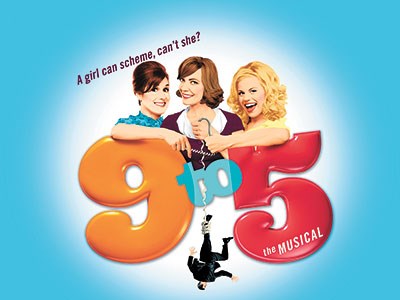 9 to 5 is one of the musicals in the lineup for Theatre Cambrian’s 28th season. Supplied photo.
Theatre Cambrian, Sudbury’s community theatre for the past 27 seasons, is pleased to announce its growing subscription packages – available to the public at discounted prices.

“The subscription package evolved about five years ago,” Dale Pepin, chair of the board, said. “We implemented it because we felt that regular attendees at Theatre Cambrian deserved a break.

“These people were attending, faithfully, at every show, and we wanted to offer them something in return. Thus, subscriptions to a community theatre came into being.”

Theatre Cambrian began in 1985 under the leadership of its founder, Jamie Bourget.

Although the company rehearsed and performed at Cambrian College, for which Theatre Cambrian is very grateful, for many years, this company of community actors was never part of the college’s program.

When the College introduced Theatre Arts to its curriculum, Theatre Cambrian, like the young adult it was, was asked to move out of the only home it had ever known and strike out on its own.

After a year of paying rent, Theatre Cambrian purchased the former St. Eugene Church and Parish Hall from the Diocese of Sault Ste. Marie. Then, in 2010, the first musical performance hit the stage in Theatre Cambrian’s “still under renovation” digs.

The subscription packages soon developed. From a humble beginning of about 20 (Theatre Cambrian’s musicals can seat more than 2,000 during a run), annual subscription membership has grown to almost 125.

Theatre Cambrian offers multiple options to its subscribers. For those who prefer musical theatre, there is a two-show musical package.

If you like dinner with your theatre, there is a four-out-of-five-show package. For the “I just love what you do crowd,” (and there are lots of you), we offer a combination package which includes two musical and four-of-five dinner productions.

Finally, for the travellers among you, Theatre Cambrian has a Two’n Two – two musical and two dinner shows.

In three categories (children, senior/student, adult) prices for single musical tickets range from $20 to $30. All dinner theatre tickets are $50.

Additionally, if tickets for the Kids’ Curtain production and/or the fifth dinner theatre are purchased at the same time as a subscription, Theatre Cambrian will honour the same discounts on those single ticket purchases.

Festival, which happens in January, already enjoys a substantial discount for the package over the single ticket price.

Further discounts do not apply.

Theatre Cambrian will produce the following in its 28th season: