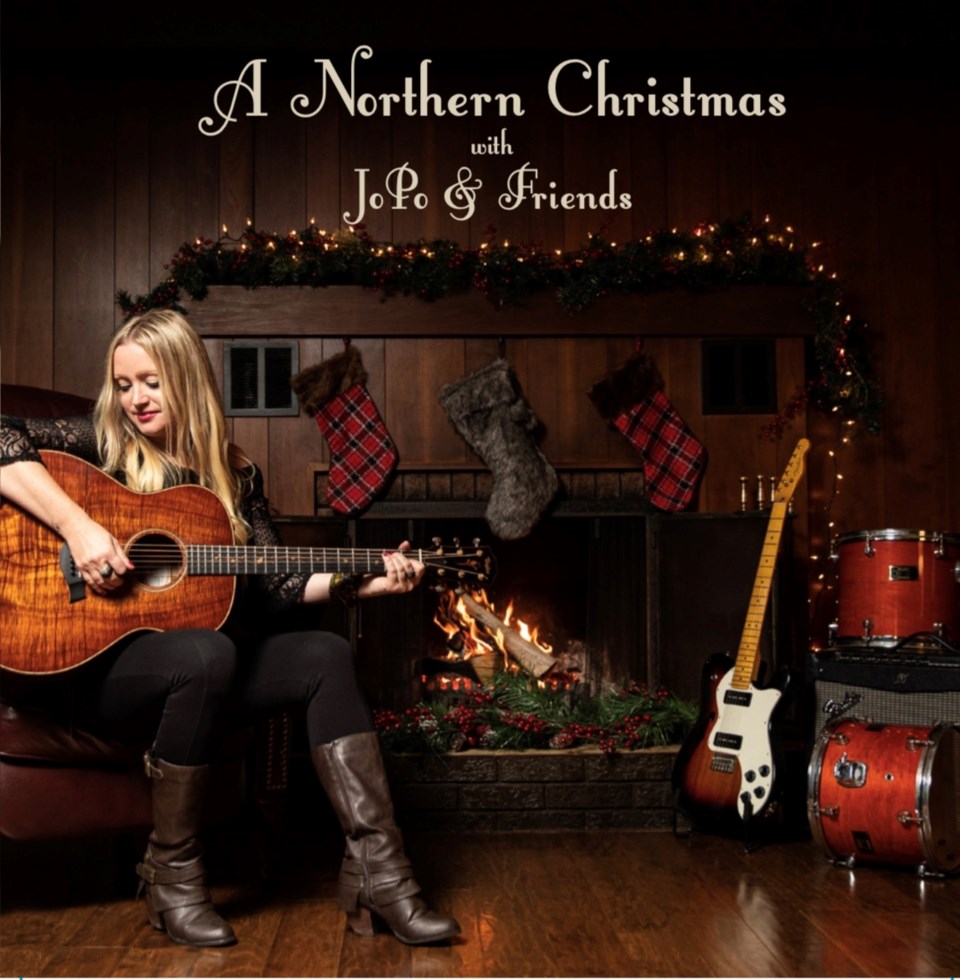 The CD features 11 of JoPo’s favorite Christmas classics, an original song “Northurn Gurl” (radio version) and a fun twist on beloved hits of the season.

“I’ve wanted to record a Christmas album for years now, so I decided to start pre-production this past June at my family camp,” JoPo said.

“I then started the recording sessions in September at Jack-Indie-Box-Studios with engineer Jacques Grylls. It’s a full length album that I put a whole lot of heart and soul into and I can’t wait for everyone to hear it.”

“I wanted to showcase a different side of my voice so that people can hear the range that I actually have,” the musician said.

“This Christmas album turned out exactly how I wanted, it’s real, feels earthly and has soul. The album features styles such as Jazz, Blues, Rock, Country and Folk, I enjoy all genres of music and I don’t want to be placed into one category because I really don’t have to!”

A Northern Christmas with JoPo and Friends (hard copy CDs) are now available in stores at Sunrise Records, Guitar Clinic, The Refinery, One Sky and Salute Coffee Company (downtown and South End locations).