This young man wants to help you change your life 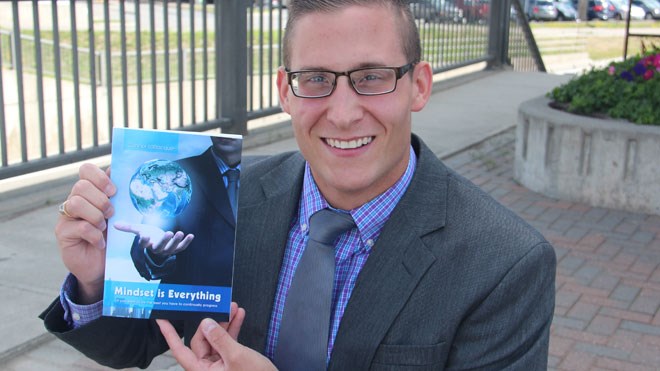 In talking to his fellow millenials, 23-year-old Connor LaRoque often finds they don't have a specific plan for their lives, and even if they do, they aren't working hard enough to achieve their goals.

The recent Laurentian University law and justice graduate is an aspiring motivational speaker. He has brought his message to about 2,000 students at local schools over the past six months.

“I say, well how many resumes did you hand out today?” he said. “They say 'I did 10.' I say 'Have you followed up? Have you met the manager?' A lot of them aren't doing the consistent process.

LaRocque is also author of two self-published motivational books. The first, “Life is Motivation,” came out in early 2015.

He's just published his second book, “Mindset is Everything.”

“Basically the premise is luck is an illusion, and that it's through the proper strategy backed with effective execution and a target to aim for that you're going to reach any type of success,” LaRocque said.

Overweight and lacking confidence as a youngster, LaRocque said he's no stranger to bullying.

As a teen, he enrolled in martial arts and started reading books about personal development. It changed his life, and he became interested in a career as a motivational speaker and author.

LaRocque said he plans to continue his education while still pursuing these goals. He wants to earn his MBA — he's currently vacillating between attending Queen's University or going abroad to study in Australia — and then he wants to study social psychology (he's already read many books on the topic).

LaRocque's latest book costs $12.99, and is available at Sudbury Chapters, online at Amazon or through his website, connorlarocque.com.