While she said the symphony already has some “wonderful initiatives,” she said she plans to introduce events such as outdoor concerts to bring SSO to the people.
Mar 10, 2015 8:44 PM By: Heidi Ulrichsen 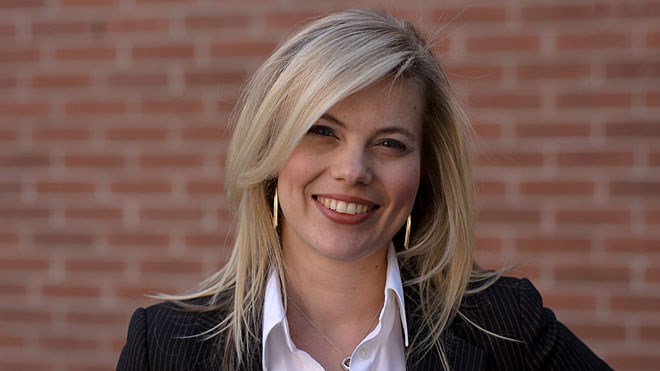 Jennifer McGillivray is the Sudbury Symphony Orchestra's new executive director. Supplied photo.
While she said the symphony already has some “wonderful initiatives,” she said she plans to introduce events such as outdoor concerts to bring SSO to the people.

“I want everybody in the community to feel like this is their symphony, that we're here for them,” McGillivray said.

McGillivray has worked in Southern Ontario's cultural sector for years, including with the Canadian Opera Company, the Toronto Summer Music Festival and the Isabel Bader Theatre at the University of Toronto.
For the past two years, she's been the executive director of the Festival of the Sound in Parry Sound.

As a native of Elliot Lake, McGillivray said she's no stranger to Sudbury, as she used to go shopping here often with her parents.

“For me, it almost feels like I get to do this amazing job that I really, really love, and I get to do it at home, which is fantastic, because I love Northern Ontario,” she said.

The SSO still has another major vacancy to fill, though.

Victor Sawa, who has filled the position of music director since SSO's 1997-1998 season, announced this season will be his last with the symphony, as he plans to take on more work in Europe.

A search committee has narrowed the field for music director down to four candidates. These candidates will then strut their stuff on stage during the 2015-2016 season as they compete for the job.

“I'm so excited to get to be here when we're ushering in what's really going to be a new era for the SSO,” McGillivray said. “It's so neat to get in on the ground floor with that.”