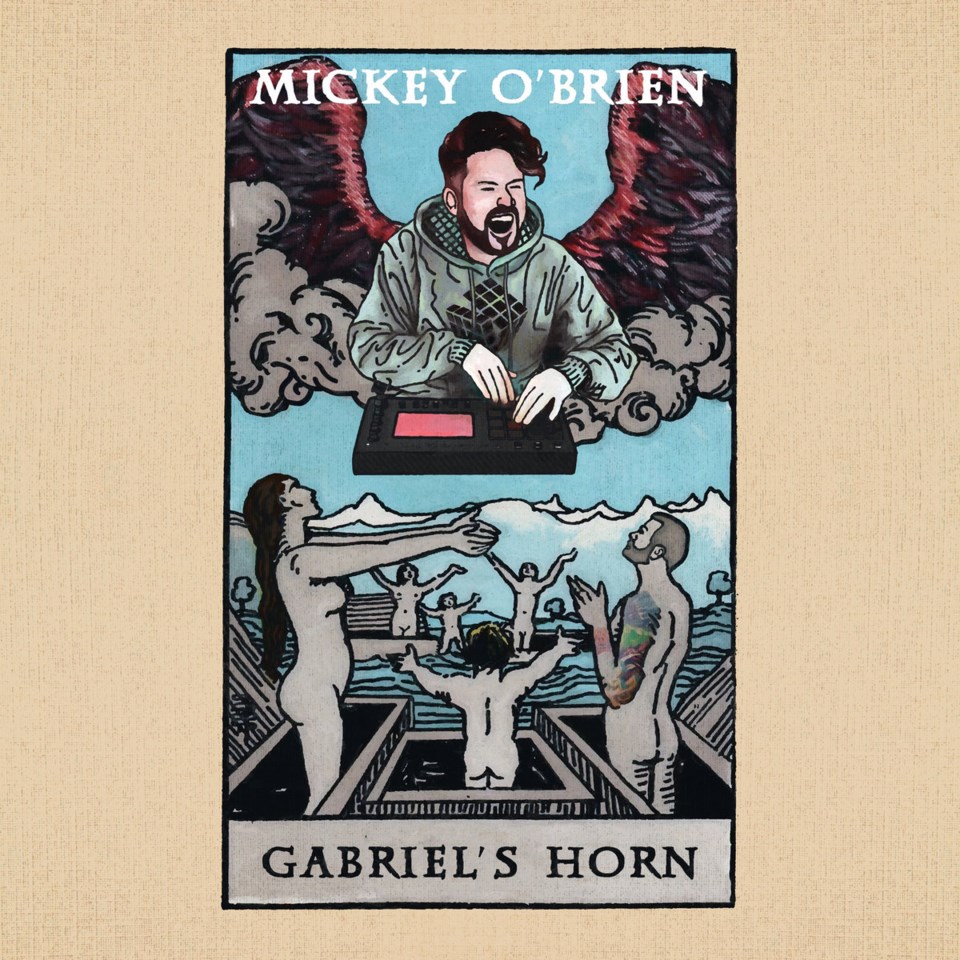 Greater Sudbury rapper Mickey O’Brien has released a new video and single from his most recent album, Twin Flame: The Honey Bear Saga.

It’s been a major year for O’Brien. He has cemented himself a solid spot as a working class poet with heavy bars and effortless delivery, said a press release.

It is clear that O’Brien has found a musical kindred spirit in Toronto’s Fresh Kils, a Juno-nominated producer and live MPC master, who also fully produced O’Brien’s debut record My Drift, released in 2019.

The second single from Twin Flame: The Honey Bear Saga (Hand’Solo Records) is “Gabriel’s Horn,” with Anthony Rinaldi on saxophone and DJ Uncle Fester on cuts.

Each song on the Honey Bear EP has a relation to a tarot card, as presented on the artwork of the cassette and Bandcamp versions of the release.

For “Gabriel’s Horn” it’s the Judgement Card depicting the archangel Gabriel blowing his trumpet to announce an awakening of the heart and the mind, as well as a larger awakening of the societal consciousness, replaced on the single by Fresh Kils iconically punching the buttons of his MPC.

The accompanying music video is an animated short film. Created by Baked Clown Animation and Red Dented Can Productions in collaboration with O’Brien, the video is the artistic rendition by animator Nathan Hynes of Mickey O’Brien’s world: mining culture, love and loss, personal struggle and triumph.

The video follows O’Brien as he works at the mine and travels to see his girlfriend in Toronto.

“I really wanted to show the mining aspect of my day job and how proud I am to represent the culture of our great city,” O’Brien said of the concept. “I’m usually working two CN Towers underground, literally.”

You can watch the music video below. Please note viewer discretion is advised, as the video contains coarse language and is intended for mature audiences.