He tells us about the band's teenage beginnings, fatherhood and his old friend — Sudbury native and former NHLer Brian Savage
0
Jul 2, 2019 2:45 PM By: Heidi Ulrichsen 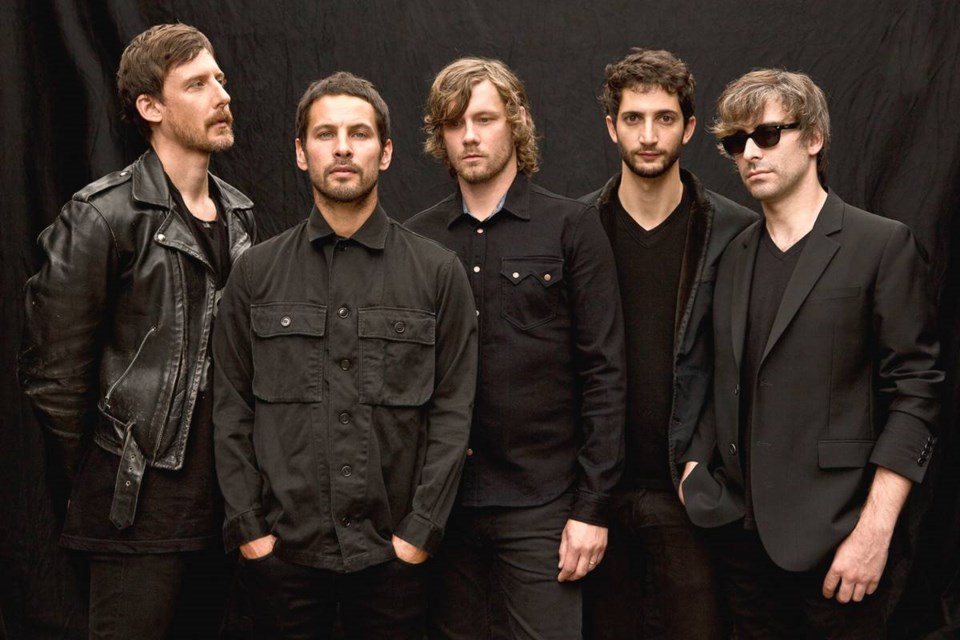 Sam Roberts hasn't played in Sudbury in a decade and has never performed at Northern Lights Festival Boréal before, but he does have a friend who comes from here.

The Montréal musician — who makes his first NLFB headline performance on Thursday with his band, appropriately named the Sam Roberts Band — said years ago he was worked as a bus boy, waiter and bartender at a restaurant in his hometown.

That restaurant happened to be owned by a former Montréal Canadiens player.

Many of the Habs players used to come into the restaurant, and that's where he met Brian Savage, a former Montréal Canadiens player and Sudbury native.

“We've managed to maintain a friendship ever since,” said Roberts, the lead vocalist/guitarist with Sam Roberts Band in a recent phone interview with Sudbury.com.

He said he hopes Savage is able to make it out to the show. (So if Brian Savage or a member of his family happen to be reading this article, he better get tickets pronto!).

The Sam Roberts Band may have been in the business for more than two decades, winning multiple Juno awards, but Roberts told us how they started out as teens in the cheerfully named band Happy Death Men.

“We went through about a name a week though at that point,” said Roberts, adding the band attributed its lack of success to bad band names rather than lack of skill.

“We quickly realized it wasn't the band name at all,” he said. “It was the latter. We've been working on it since.”

Besides Roberts, there's two members of the Sam Roberts Band that have been with the group since the beginning — Eric Fares (keyboard/guitar) and James Hall (bass).

“The new guys like Dave Nugent (lead guitar) have only been with us for 20 years or so,” said Roberts.

He said he doesn't like to think too much about the band's veteran status lest it make them complacent.

“I feel like for two decades we've been in this hyper-focused mindset,” Roberts said. “That's what it's taken to keep going.”

The band's sixth and latest album, TerraForm, came out in 2016, and was nominated for Rock Album of the Year at the 2017 Juno Awards. The lead single, “If You Want It,” reached No. 2 on rock radio charts.

Other well known Sam Roberts Band hits include “Where Have All the Good People Gone?”, “We're All in This Together,” and “Hard Road.”

Roberts said the band is well into writing its seventh album. Asked when it's coming out, he simply says “when it's done.”

“It's important that we do it the right way,” he said. “Sometimes that takes a little bit longer.”

Of course, with maturity comes responsibility. Roberts has three kids, ages eight, 10 and 12, and he does his writing in the basement of his Montréal home when he's not carting his kids to swim or soccer practice.

“I'm better at shutting off the touring life basically like a tap now,” Roberts said.

Although it takes time away from his family duties, Roberts said he does love touring the music festival circuit in the summertime (they'll be all over the country over the next few months).

There's nothing like playing on a beautiful summer night at sunset, he said.

As for the Northern Lights Festival Boréal show, Roberts promises something awesome.

“We try to go out and play like it's our last show every time we go out and perform,” he said. “We just hope the audience comes out and throws themselves into it as if it's the last show they're ever going to see.”

Tickets to NLFB 2019 are available at NLFB.ca or Old Rock Coffee, Jett Landry Music and the Home Hardware locations in Lively, Hanmer and on Bouchard St. Full festival passes cost $90 each, tax in.