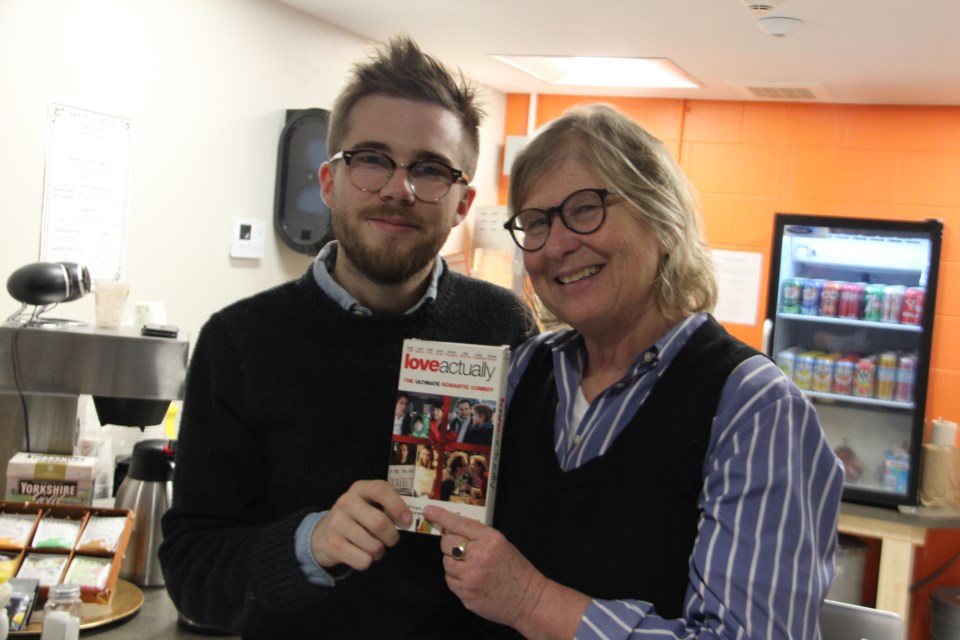 Tis' the season to fire up Netflix or dust off your well-worn DVDs or even VHS tapes to watch favourite holiday movies.

Whether they're live action films of a serious nature or cartoons, filmed in the early days of cinema or more recently, people take their holiday movie traditions seriously.

“I think there's something for people that is comforting to have traditions which include watching certain films with the Christmassy, wintery thematic,” said Beth Mairs, managing director of Sudbury Indie Cinema.

“It's almost like a comfort food. It's something you can do at the cinema or at home, and there's something really lovely and celebratory about it that would be the nostalgia factor.”

She said her favourite holiday film is the 1951 version of “A Christmas Carol” starring Alastair Sim.

Capitalizing on holiday movie nostalgia, Sudbury Indie Cinema is holding a screening of the 2003 film “Love, Actually” this Saturday, Dec. 14.

The film follows the lives of eight very different couples in dealing with their love lives in various loosely interrelated tales all set during a frantic month before Christmas in London, England.

Mairs said when she first saw the film, she had a “pretty severe critique of it," although she's a fan of Grant and Firth, as well as director Richard Curtis.

“At the time I was like 'this film was created by focus groups'” for women in love with Colin Firth and Hugh Grant, she said.

“It's interesting, because I went back to the movie now, I don't know why I don't feel as critical of it, but I love to watch it as Christmastime,” Mairs said.

“Some of the storylines make me cry. The music is beautiful. It's an amazing ensemble cast.

“Yes there are parts of it that are dated. You could put a big heavy feminist critique on it for sure. That's part of what we will do, but we're still going to really enjoy the film.”

A portion of ticket sales will go to the Sudbury Temporary Overdose Prevention Society.

We also asked Sudbury.com's newsroom staff about their favourite holiday movies. Here are their picks:

That would be a toss-up between “A Christmas Story” (1983) and “Elf” (2003), because they're hilarious. I don't mind “A Christmas Carol” (1951 and 1984 versions), but I prefer my Christmas movies a little more lighthearted and not so dark and heavyhanded.

“National Lampoon's Christmas Vacation” (1989). I just remember growing up we watched it every year, and as a young child, it was probably like a faux pas for me to be watching it, just because of the content. There's so many lines in it that we use. It's hilarious.

My favourite holiday movie is “A Year Without A Santa Claus” (1974). It's one of those claymation ones. There's something about the old-timey Christmas feel that always touches my heartstrings.

“Home Alone” (1990), probably. That's a classic. Have you ever seen “Mickey's Christmas Carol” (1983)? That was one. We had the VHS tapes back in the day with all of the Christmas movies.

I love several, but my favourite is “A Charlie Brown Christmas” (1965). I love the jazzy soundtrack by the Vince Guaraldi Trio (I once interviewed one of the members, Jerry Granelli). I also love the message about the over-commercialization of Christmas and the acknowledgment that Christmas is not universally a happy time.

My favourite would be “It's a Wonderful Life” (1946) because of the life-affirming message. It puts you in a good mood, and kind of restores your faith in the human spirit. I like “Elf” (2003) with Will Farrell because he's really funny. It's also a smart movie that's not too sentimental.

“Scrooged” (1988) with Bill Murray, because he's the anti-Christmas guy, like me.