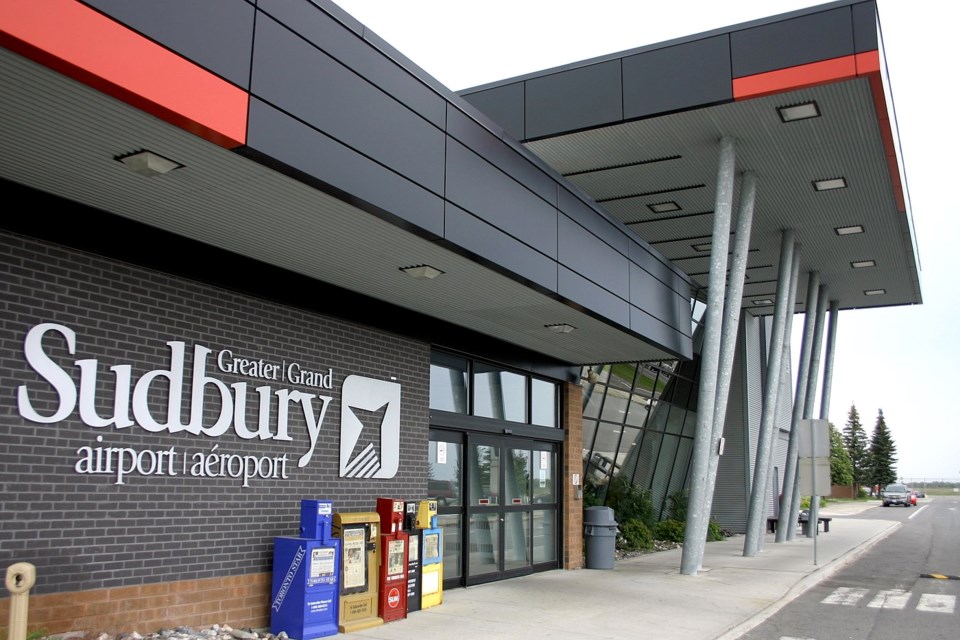 Activity at the Greater Sudbury Airport, like many regional airports across Canada, has slowed to a trickle during the COVID-19 pandemic. (File photo)

Before COVID-19 hit, the Greater Sudbury Airport was bustling with activity, annually passing 280,000 travellers through its terminal, moving 45,000 pieces of cargo, and contributing $96 million in gross domestic product.

But since March, when the federal government enacted air-travel restrictions, activity at regional airports like Sudbury’s has been reduced to a trickle.

“One only needs to see how empty our parking lot is today to know that we’re definitely feeling the decrease in revenue,” said Jean-Mathieu Chénier, the airport’s director of marketing, airport excellence and innovation, during a June 10 webinar hosted by the Greater Sudbury Chamber of Commerce.

That’s why a new lobby effort – by the Regional Community Airports of Canada – is advocating for an immediate financial support program for regional airports across Canada.

“They suggest that all airports, regardless of ownership model, be eligible for up to 75 per cent revenue replacement to the end of the year so that airports don’t face immediate financial failure and permanent closure,” Chénier said.

“All regional airports should be eligible for zero-interest, medium-term loans as private businesses have been able to access.”

In a supplemental offer, the airport said it would reduce aeronautical charges by 50 per cent for the 2020 year in an effort to boost passenger growth and encourage people to fly again.

Additionally, the group is calling for an increase to the Airports Capital Assistance Program (ACAP), which helps regional airports fund capital projects that improve safety, protect assets like runways, and reduce operating costs.

RCAC argues it should be increased to $95 million, which Chénier said is adjusted to reflect 25 years of inflation.

“One project can cost $8 million, or $9 million, or $15 million, so you chew in to that $38 million pretty quick with just a handful of projects,” Chénier said.

According to an April survey conducted by the Regional Canadian Airports Council, some airports have seen revenue losses as high as 90 per cent, a figure Chénier said is “definitely consistent” with what the Sudbury facility is experiencing.

But that doesn’t apply to regional airports like Sudbury’s, one of several that were divested by Transport Canada two decades ago that are now independently operated and self-sustaining, Chénier said.

“At this time, there hasn’t been any funding relief to smaller airports across the country, including us,” he said. “With the majority of revenues linked to passenger traffic, our primary source has seen a dramatic decrease.”

In Sudbury, Porter Airlines suspended operations in March, although limited service is still being offered by Air Canada and Bearskin Airlines.

There has been a slight uptick in charter flights, primarily by mining companies that need to ferry their workers to and from remote camp sites, Chénier added.

“Those mines still need their workers to get to work, and we’ve seen the mining companies charter flights more so than buying that airline ticket that they would have done just a few months ago,” he said.

But it’s small comfort for the facility, which continues to lose more revenue the longer restrictions remain in place.

But some are at risk of bankruptcy and could even be facing permanent closure, he cautioned.

“I’d like to think the federal government is not going to let that happen,” Chénier said.

“But if you’re an airport that, just a few years ago, went through a massive rebuilding and capital improvement project and have loans to repay… how are you going to repay that debt if your money’s not coming in as you expect it?”

Beyond immediate needs, the flying experience will be decidedly different in a post-COVID world.

Currently, only workers and passengers are permitted inside the terminal, and everyone must wear a face covering. Sanitization of the terminal is undertaken frequently.

Signs remind visitors to continue with physical distancing, and customers are given health checks at airline service counters, where glass safety barriers are also in place.

Chénier advised travellers to check their flight details with the airline before arriving at the airport and get there at least 90 to 120 minutes prior to boarding to ensure they have enough time to check in safely.

It’s also advisable to check the public health guidelines for the area to which you’re travelling, since guidelines vary between provinces and states.

“We are all in this together,” Chénier said.

“Our commitment remains ensuring the safety and well-being of our airline passengers, airport employees, and our community.”