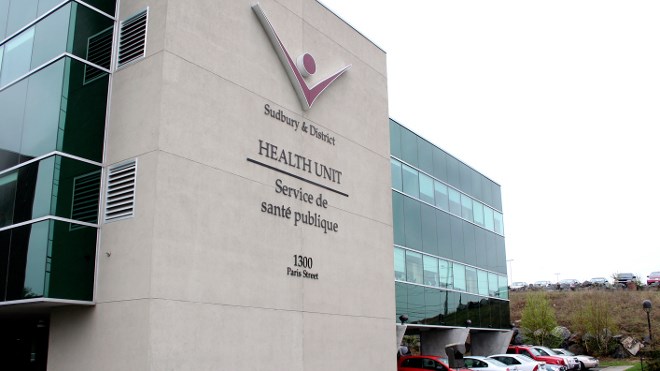 In the report, Dr. Penny Sutcliffe, PHSD medical officer of health and CEO, says that 2018 was a "foundational year for Public Health Sudbury & Districts".

"We worked hard to connect with local partners and create collective opportunities for health, and we implemented fundamental changes to public health at both the local and provincial levels," said Sutcliffe in the report.

Highlighted in the 2018 report was PHSD issuing three drug alerts over the course of the year in an effort to prevent drug overdoses and raise awareness. These alerts were triggered by reports about street drugs potentially containing deadly substances such as fentanyl and carfentanil.

In 2018, PHSD distributed nearly 1,000 naloxone kits and 222 refills. The health unit also launched videos about safe needle disposal and reducing stigma around drug use. These videos were viewed a combined 9,325 times.

The health unit is also responsible for issuing blue-green algae advisories, and issued eight in 2018.

Public Health Sudbury & Districts fields hundreds of health hazard complaints over the course of the year, for everything ranging from mould, insects, rodents, spills, and air quality.